When a question is auto-deleted due to being flagged as rude or offensive, even 10K users navigating to that page won't see its body or title. Instead, the title will show the phrase "This question was marked as spam or rude or abusive and is therefore not shown". The original post is still accessible via the revision history, and I'm guessing the rationale is not to expose the viewer to rude or abusive language unless he explicitly clicks the link.

However, when viewing flagging history, the title is completely visible, which kind of goes against that rationale. Shouldn't we have a similar treatment in the flagging history?

E.g.: I've flagged this post as being rude or abusive, and it was indeed auto-deleted. However, in the screenshot from my flagging history, the title is definitely visible (included here, since the title itself is not rude, just stupid): 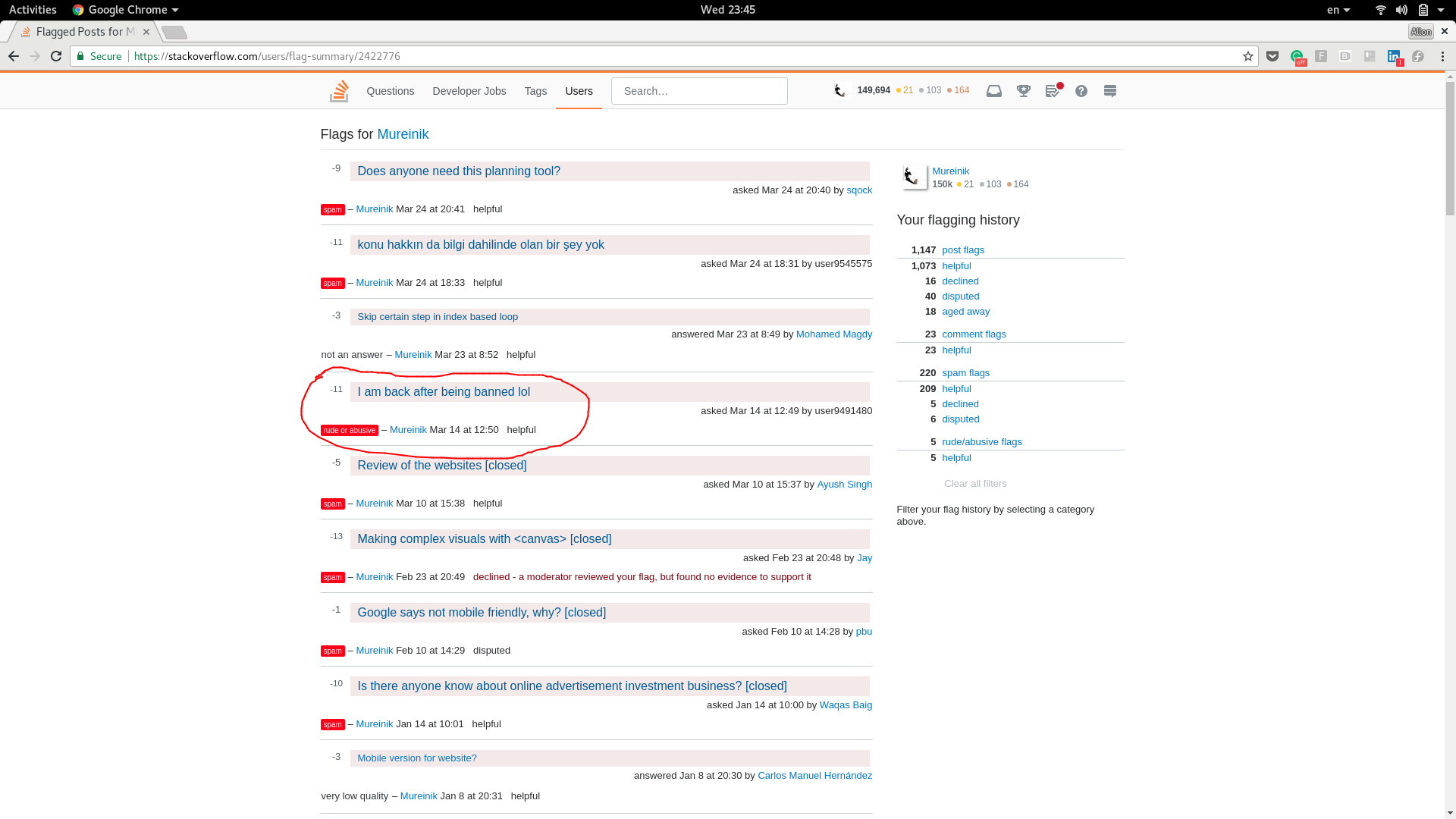 The reason red-flagged posts are censored is to avoid NSFW moments and alike, if you randomly happen to end up on such a page.

If you visit your flag history you probably do it on purpose, not accidentally, so you know the risk.

Censoring all rude and spam posts would cause the flag history to be a list of indistinguishable posts, and thus pretty useless if you're searching for a specific flagged post.