How can I cancel/amend suggested edits immediately after submission?

I sometimes edit questions. It often happens when it's something I could help about, but the code attached has a horrible indentation. I simply cannot check other peoples' code if the indentation is not correct: my eyes hurt!

But sometimes it happens that the code is so messed up that something wrong remains. It usually happens when the code contains a lot of tabs (by the way: wouldn't be a good feature to automatically expand tabs in code sections?).

What to do in these cases?

So I searched for any meta questions, and I found this one. It sadly tells that no edit^2 can be done. But it says that

However, you can make adjustments to a suggestion while it's still under review.

How could the action above be done? I recently tried to find it, with no success.

(I think that the capability to reverse/modify own suggested edits, or even squash the second edit in the first one in order to not get further reputation could be a useful feature. But this is another question.)

Edit: Here it is! That's what I see after a suggested edit from mobile phone: 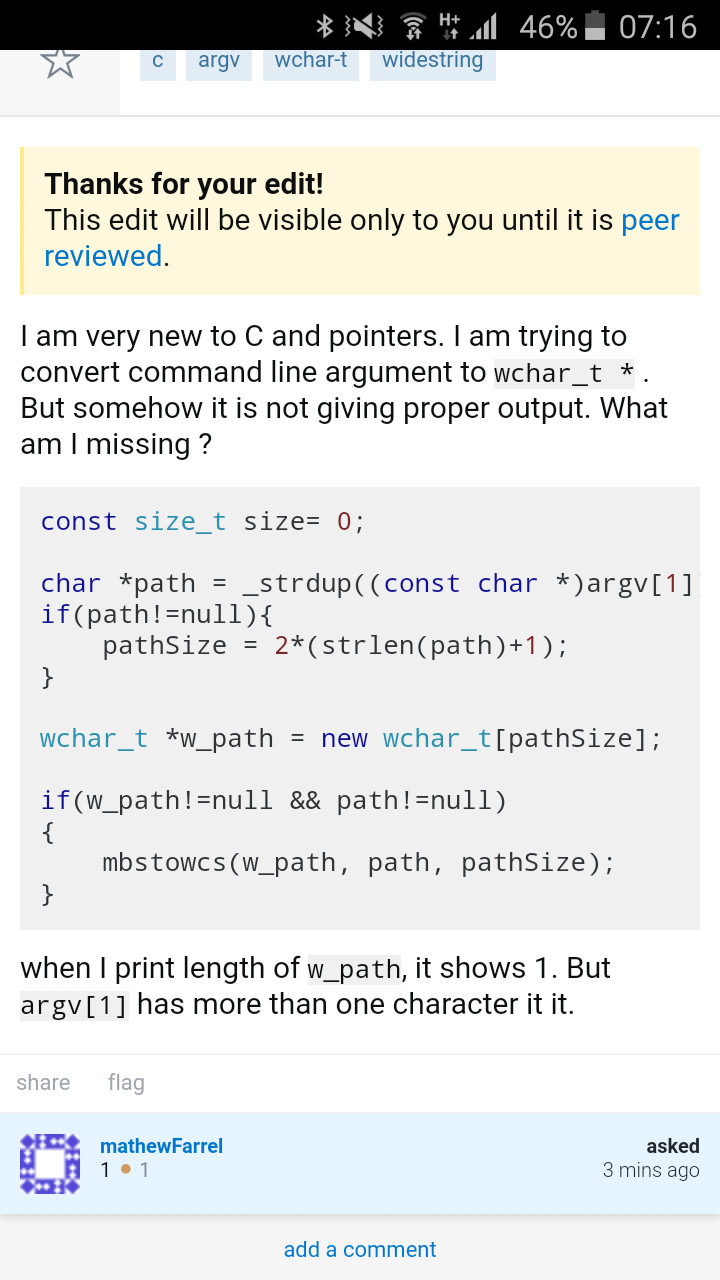 The edit link disappeared! In this case I just realized that the C tag was wrong (c++ to be used due to new use) but I could not edit my edit.

If your edit hasn't been reviewed yet (approved or rejected) then you're lucky. You can click 'edit', make the changes you want and save them. The new edit will be merged with the old one. The reviews (if any) will be kept.

However, if your edit was approved, it's not a good idea to edit the post to indent the code. It isn't a functional change and doesn't attempt to improve the post. What you can do is ask the OP in comments to format the code properly, so that it would be readable. Note that 400 lines of code is not a minimal example, therefore, instead of editing the post, flag it as off-topic.

See also Edits must be at least six characters when reformatting

Not the answer you're looking for? Browse other questions tagged support edits suggested-edits .