It appears the first time when you are manually typing out the title, and then a second time when the title box loses focus. If you try and close the warning without losing focus on the title, it disappears but then reappears again a second later as the similar questions list re-populates.

Can it be changed so that if the source already contains the warning it won't be added again, and if it is manually closed, it won't be shown again? 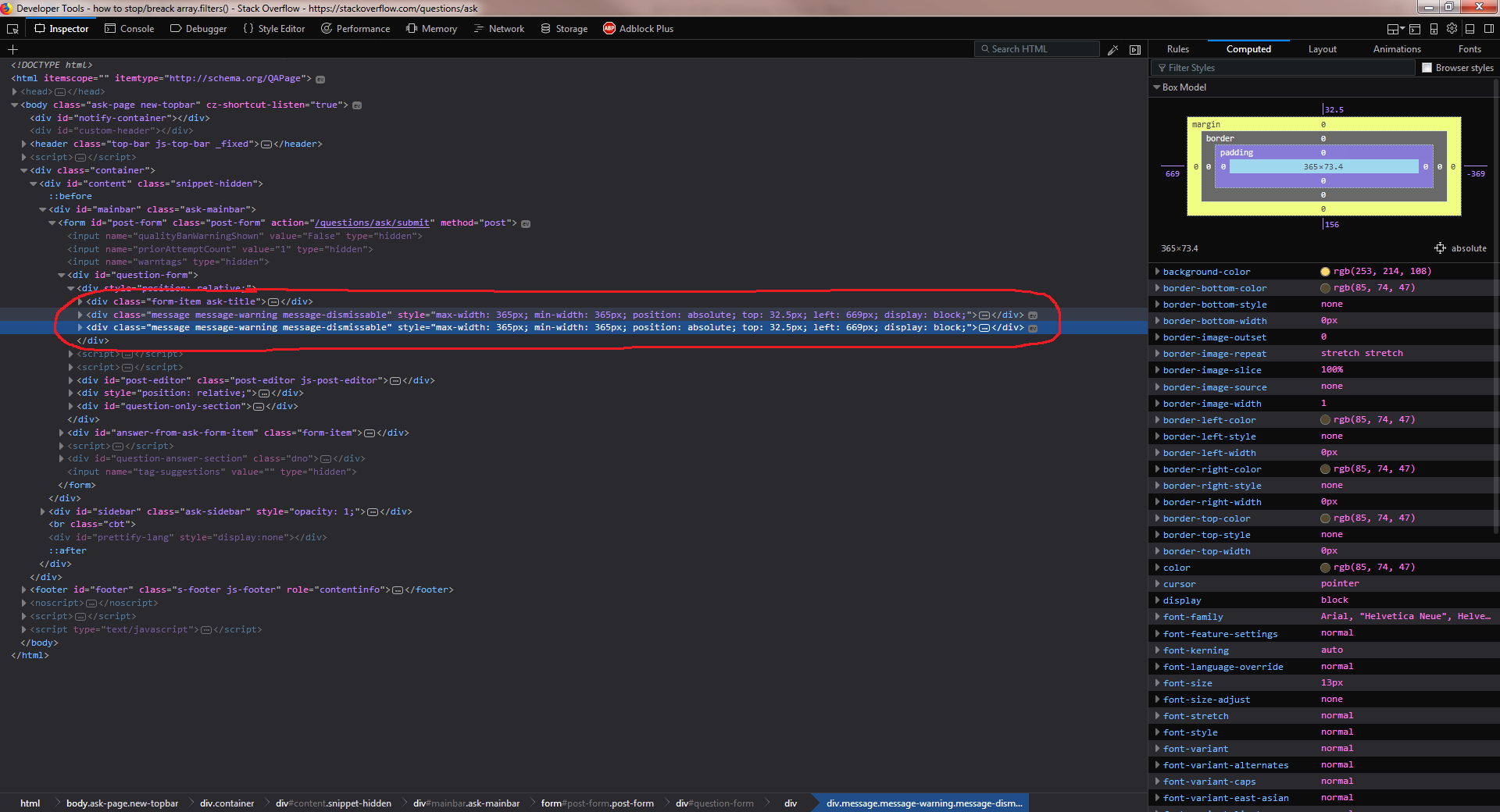