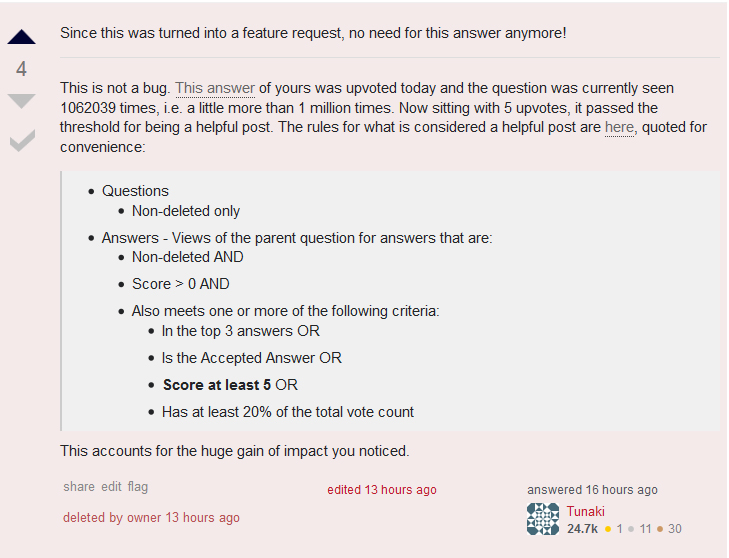 13
Last seen in Meta Stack Exchange affecting Stack Overflow?
56
Can we rescue the information in this question somehow?
32
How many old, accepted, high score link-only answers are there?
19
Should we be notified if an answer to a question we asked has a higher score than the accepted answer?
42
Why did Community delete this upvoted question with an upvoted answer?
167
What's wrong with having a "vanity metric"?
2
Should "Hot Meta Posts" also include highly active but controversial meta posts with many downvotes?