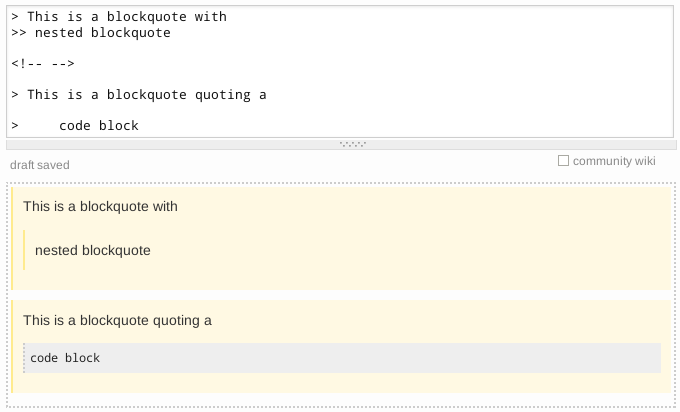 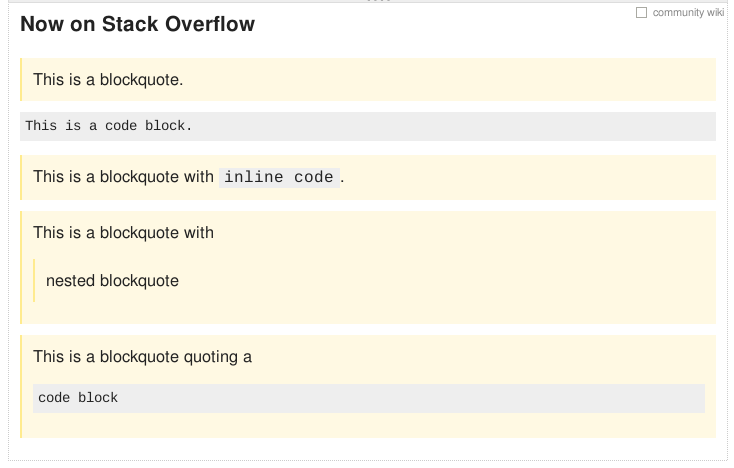 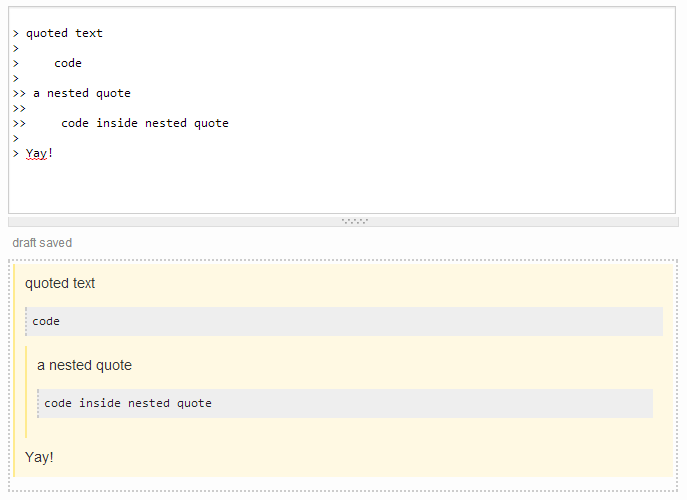 11
Monospaced font in code blocks
1
Change inline code background formatting
20
Can we have dedicated formatting for console output?
299
Change the code block button from inserting indentation to triple-backticks
28
Is the new editor's inline code tool supposed to break up code blocks?
12
Putting code in quote blocks when not quoting anything - is removing the quotes correct?