I came across this blog post that did analysis of the most popular times and days to post on Reddit, and had the idea to try it myself for SO. I parsed roughly 2 years worth of XML data from the archive, grouped the data by time and day of posting, found the averages for the scores and views for each time, and graphed the results using Incanter as a heat-map.

I thought I'd share the results here. The below images show the mean score and view count that questions achieved, grouped by the day of the week and hour (in UTC) that the question was posted: 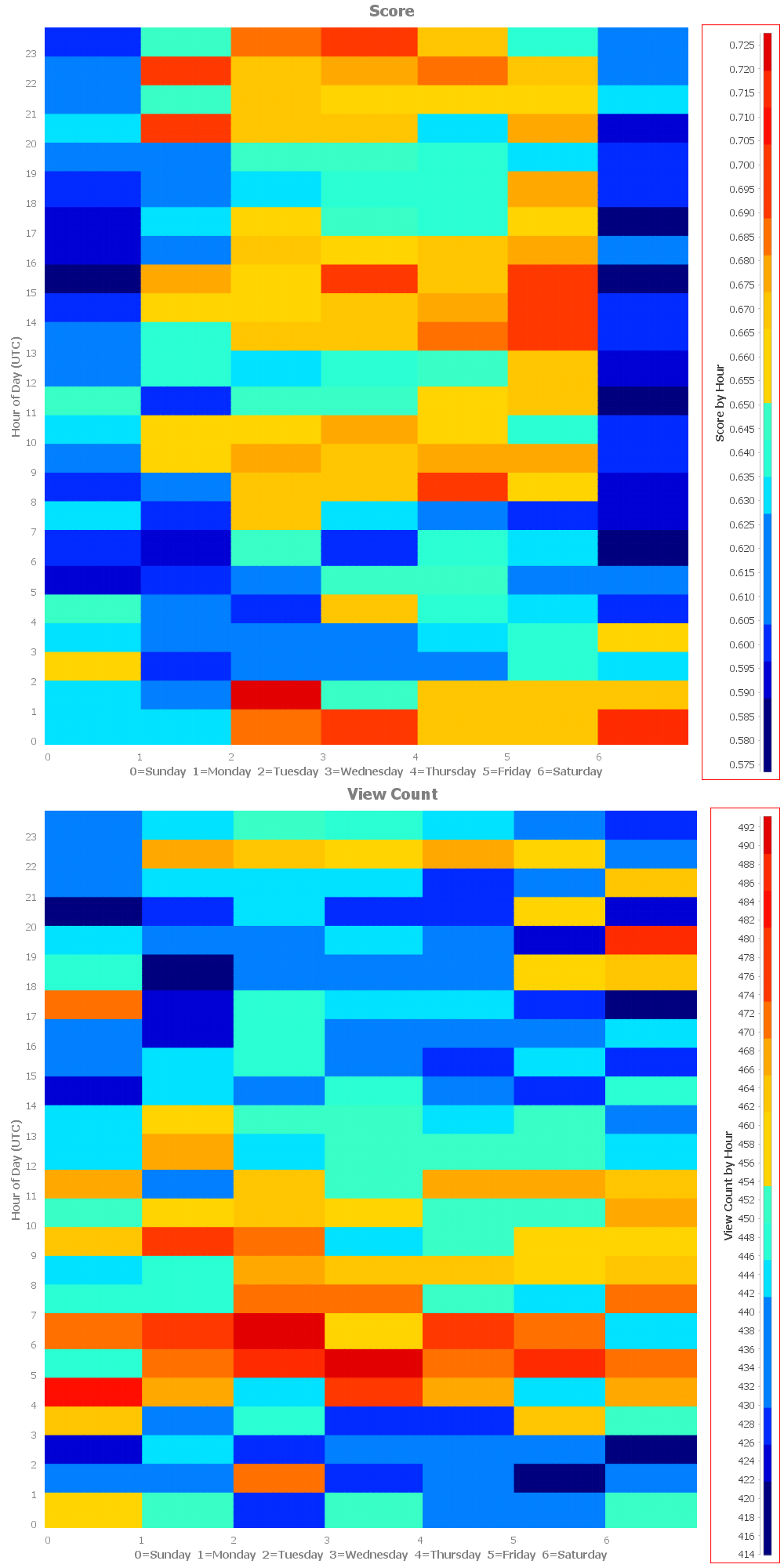 And some things to note:

Obviously, this information isn't quite as useful as it is on Reddit unless you're really willing to withhold asking until a particular time. I still thought that it was interesting though.

It should be noted that I only included data:

Here's a simpler black and white version for colorblind people like me, and those who want a less noisy representation: 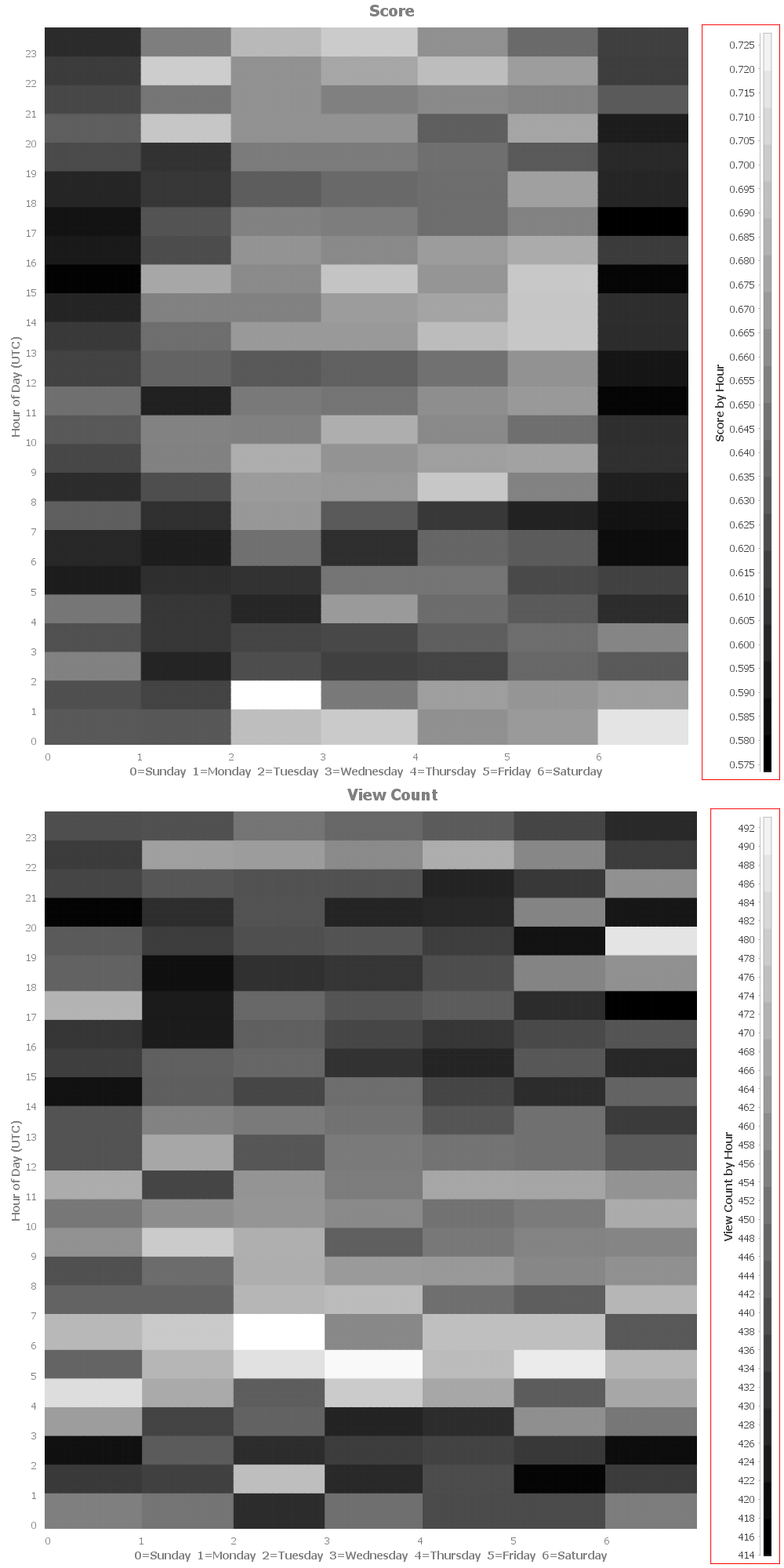 22
Is there a backup of the content of Stack Overflow?

20
Why do duplicate questions sometimes have high ratings?
80
Possible old plagiarism detected?
15
33% of questions are ignored by community
25
What am I doing so wrong when I suggest things to SO? All of my ideas are terribly received