I came across this question, which states the user is a new contributor:

The comment on the question, points to this question by the same user, which doesn't have the new contributor indicator: 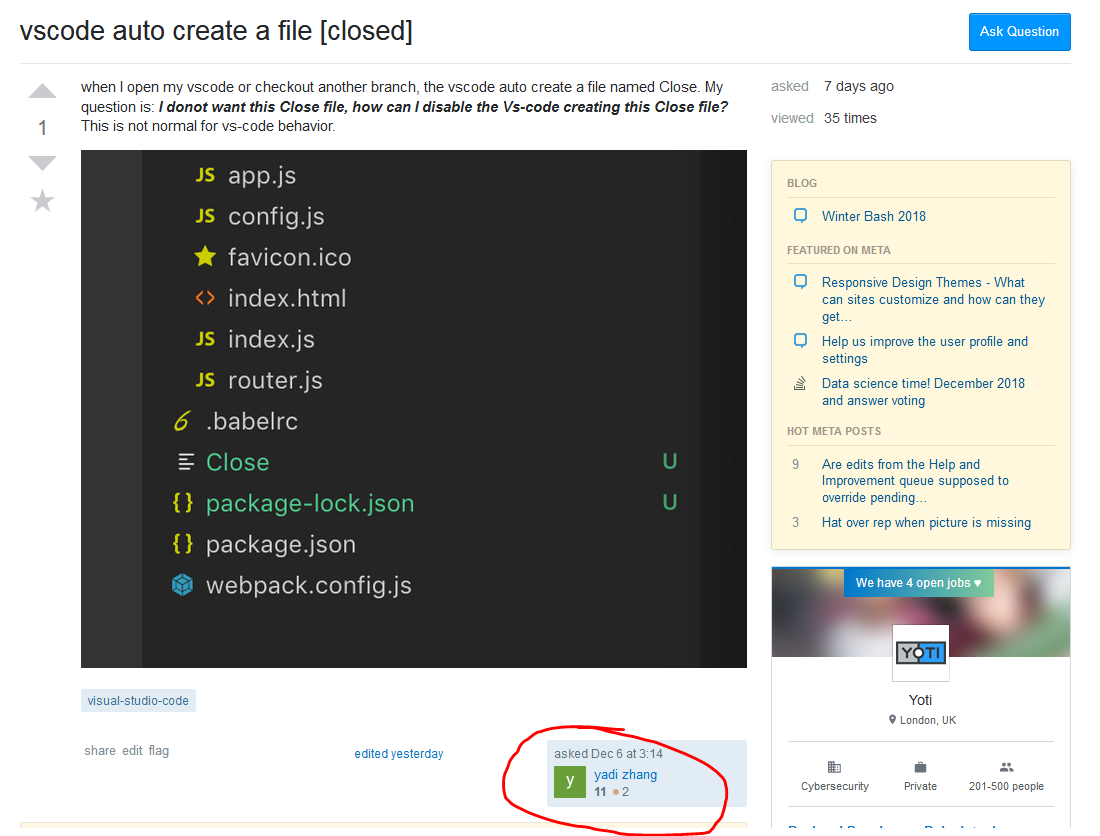 Folks will see an indicator when they go to interact with new contributors (visible for a week following their first post) letting them know that the person is new. A handy link to our Code of Conduct will be in the notification for reference.

The second question was asked on December 6th at 03:14, over a week ago (granted by only a few hours), meaning the new contributor indicator should no longer be shown for that user. Originally I thought it may be a caching problem, but if that was the case, I'd expect the new contributor to be showing on both of the user's posts, not just the newer one.

The first question was posted December 12th 11:06 (i.e. within the past week), so it appears as though the new contributor indicator gets reset if their first post is closed.

According to What are the exact criteria for the "new contributor" indicator to be shown?:

The user then made their second post on December 12, and as it was within their first week of posting, it also got the indicator. That indicator is scheduled to expire on December 19.

Closing the first question had nothing to do with the fact that the second one also got the indicator. That one was posted in the user's first week of posting, and the indicator on each post expires once the post is seven days old.