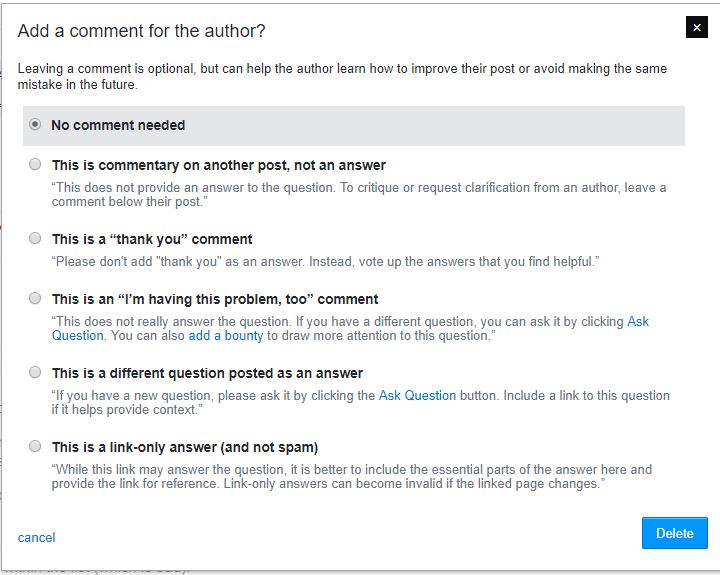 70
Should I be concerned about delete reviews on reasonable but brief answers?
10
Are attempts to answer a non-programming question NAA?
32
Why can't I directly downvote on low quality post queue?
8
Does it matter that short answers are often mistaken for comments?
2
How literally should I interpret "It should possibly be a comment" flag?

59
Process for nominating and promoting canonical questions
25
Is this answer really NAA?
157
Is it bad practice to post a short answer first and then add details afterwards?
31
Are answers such as "Clean and Rebuild" NAA?
29
Is a self-answer of "looks like I had a typo" really not NAA?
10
Are attempts to answer a non-programming question NAA?
37
Can we make moderator mail/responses more helpful and, so to say, humane?