Jon Skeet's reputation +51 in a day he got enough votes to reach at least 200? [closed]

Going through the User Reputation League for this week I got surprised that Jon Skeet wasn't on the first page. Then I noticed that Jon Skeet's reputation graph shows a rather strange situation: he did not reach the reputation cap on Sunday 4, where he just got 51 points.

However, if we go through his reputation from that day we notice he got upvotes enough to reach 200.

I'm not actually sure what situation you're talking about, as for me Jon Skeet's reputation graph shows him earning 231 rep on that day: 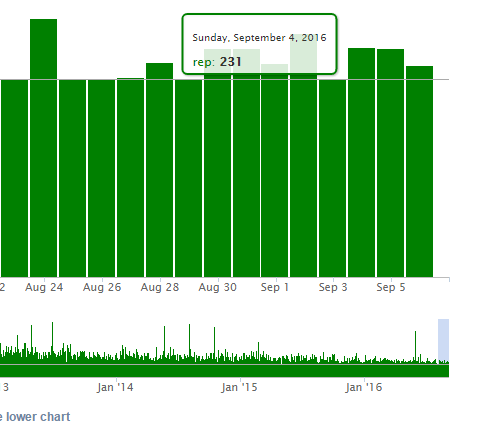 That said, vote reversals count rep as if the votes had never happened in the first place. So if several of the reversed votes occurred on dates earlier than September 4, they would count against the rep cap for those days, not for September 4.