What will happen with the bounty from a suspended user?

Just seeing this notification that:

This question has an open bounty worth +50 reputation from agon024 ending in 32 minutes.

This question has not received enough attention. 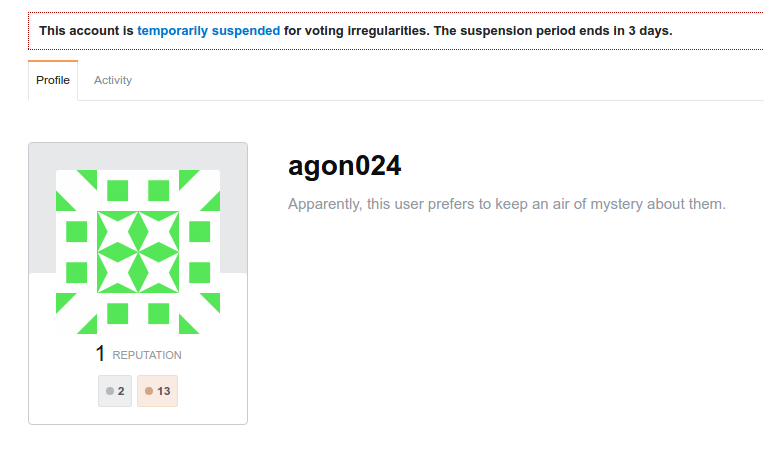 The bounty was started before the user was suspended.

At that point they had enough reputation to be able to set a 50 point bounty.

While they won't be able to award the bounty manually, it will still get automatically awarded if there is a qualifying answer. (2+ upvotes scored after the bounty was started).

The user can still log into the site and see if there are any answers, but they can't vote or comment on them or accept an answer while suspended.

Not the answer you're looking for? Browse other questions tagged support bounty account-suspension .

2
What to do with invalid bounty question?
37
On dealing with the misuse of bounties
27
Bounty Offered Just to Give Reputation to a Specific User...How to Flag a Bounty?
34
Any way to know the details of the bounty after it was awarded?
4
How to deal with a "useless" bounty?
5
Strange notice about a bounty being awarded when it isn't
10
I received a comment from non-existing user