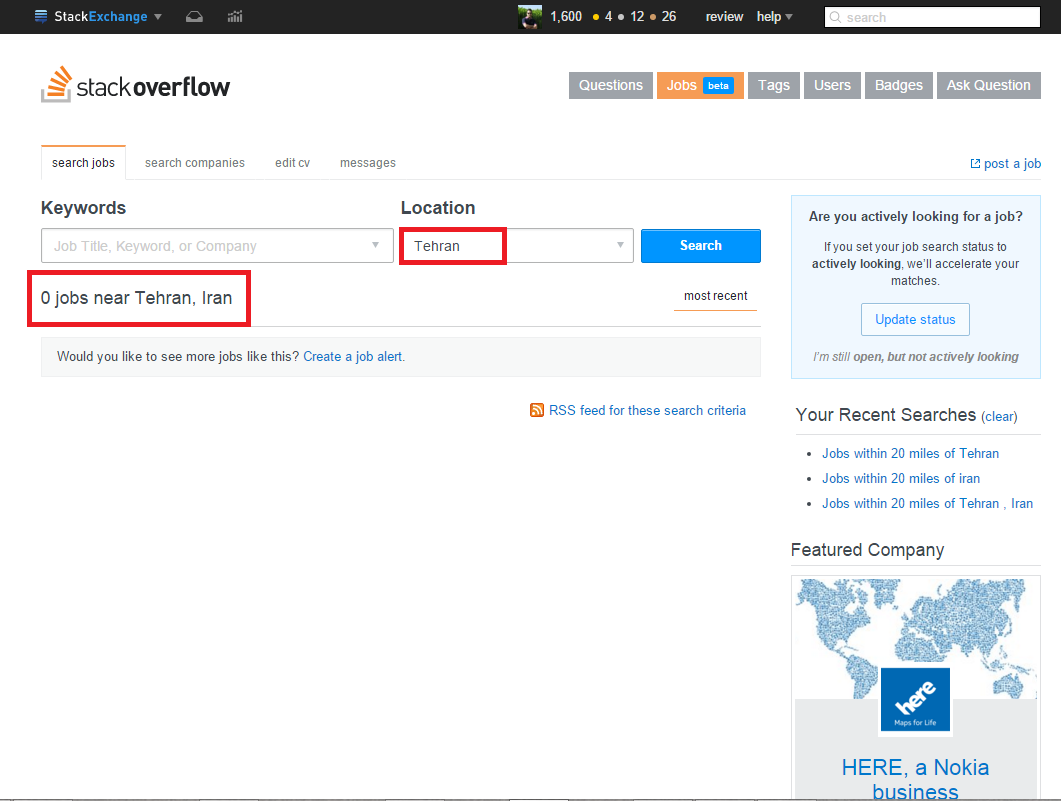 Not the answer you're looking for? Browse other questions tagged support bug status-completed stack-overflow-jobs .

11
Cannot create a CV because "This location is not specific enough"
4
Jobs beta does not respect zip code selection
5
View all jobs by company x does not apply "search" filter when inside of a job listing
14
Job Search location string shown with Cyrillic characters
2
Narrowing down Careers search by Location returns more (not fewer!) results
2
Jobs is not saving Location criteria when selecting "Most Recent" tab
5
Jobs page has unexpected behavior on pager when city is "pasadena"