Suggested edit rejected, I am struggling to understand what I did wrong

I recently suggested an edit where in the OP code there was no indentation.

The edit was approved by two and rejected by three including the author. I also edited the question title to make it more to the point.

Later a similar edit to the title was accepted. And the saddest bit is that the question still has bloating non-formatted code which is hard to read.

PS: I read an answer to this question and it seems that editing non-formatted code to add formatting is ok.

Also in my edit it was suggested that I should suggest edits in comments to the author. I've done it many times and mostly authors choose to ignore these suggestions.

Currently I've made 4 edits with 2 accepted and 2 rejected and I am confused - should I just continue my trial and error method?

Now I notice that it looks like I removed altogether relevant bits of code. But parts of code denoted html and config where not there when I started editing.

All I did is remove whitespaces in the first code snippet and rephrase the title. (At least if we assume I am sane =))

You changed pretty much in the code of that edit. At least if the preview the reviewers saw is similar to what I see: 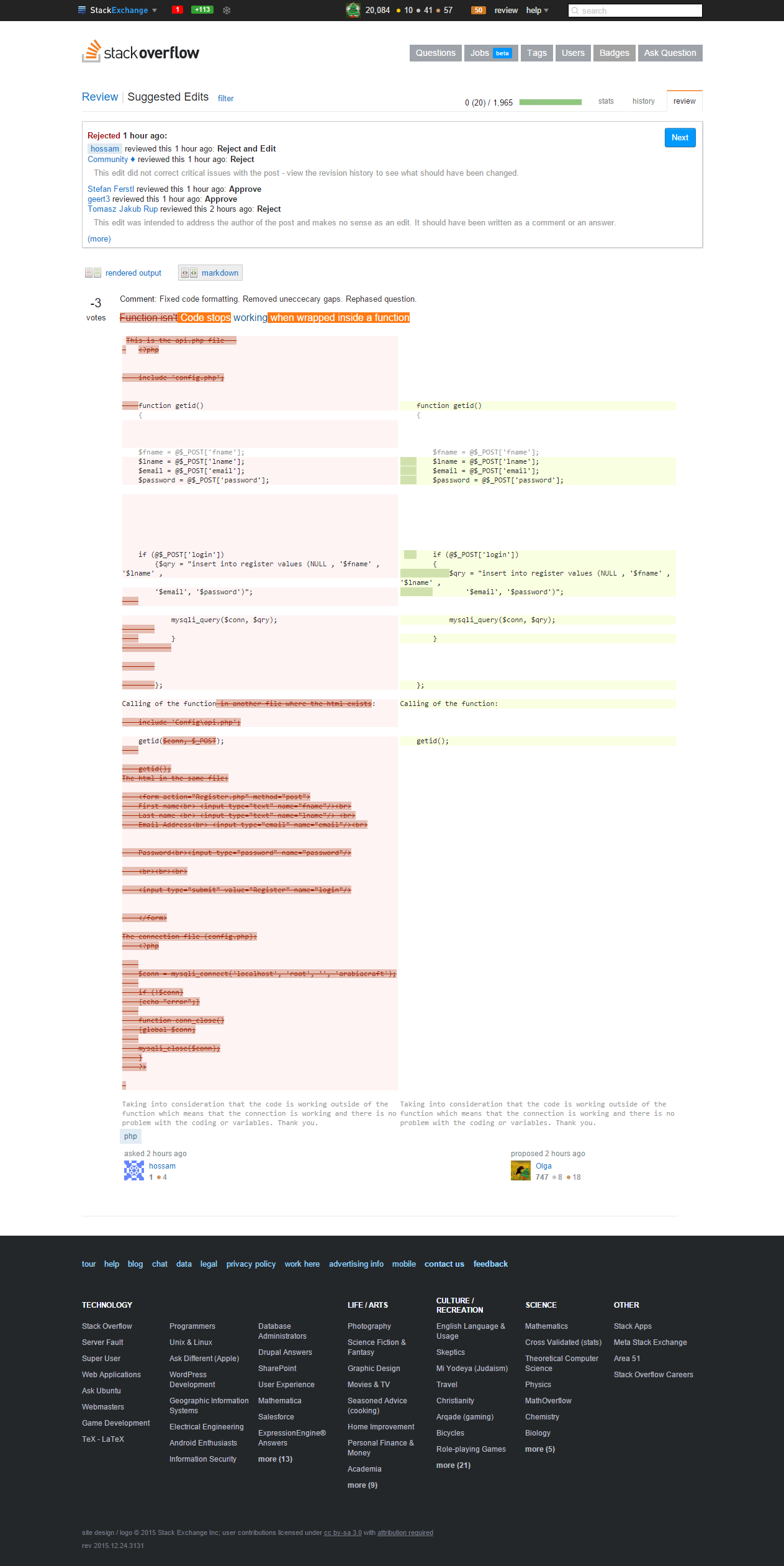 If the OP rejects a suggested edit you're out of luck anyway; they have a binding vote. Notice that you were right on track to get your edit approved so I assume those reviewers were able to judge your edit as being a much needed improvement.

Based on the revision, it looks like both the OP and one other editor had more luck with getting their edits in, which look familiar with what you tried.

In general try to edit as much as possible in one go. White space-only edits are badly digested by the reviewers so make sure if you do that to include other fixes as well. If you edit code make sure you don't change the intent of the OP. I'm very hesitant in general to touch code during my edits, I keep it to layout.

Not the answer you're looking for? Browse other questions tagged support rejected-edits .

112
When is it okay to edit answers for "Code Formatting?"
58
Why is there not an edit-rejection reason to cover cleanups of off-topic questions?