How to address inconsistency between Title, body and tags?

Does “Unclear what you are asking” already cover inconsistencies between Title, body and tags that introduce some uncertainty but where the OP’s intent can be deduced with reasonable probability (though will be a wrong guess quite often) or should there be another close reason that addresses this specifically?

Examples seem to include excel and google-spreadsheet where perhaps the question posting process is suggesting these tags automatically and new users don’t know better than to override the suggestion. I think there may be other examples also.

An alternative, undoubtedly with other consequences however, might be to cease from making such suggestions (if they are being made) – or make it more obvious they are automated and that the Usage guidance should be read before a choice is made.

In the case of excel and google-spreadsheet, and apart from my understanding that many google-spreadsheet questions posted on SO really belong on Web Applications, some answers may apply to both anyway. Sometimes the OP does not mind whether an answer applies to one or the other only, sometimes OP does seek a single solution that works for both, and sometimes coverage of both is sought but one for each would be acceptable.

A solution that works for both (if available) may not be optimal for one of the two, or possibly even either.

An example (the link is to an SQL solution): 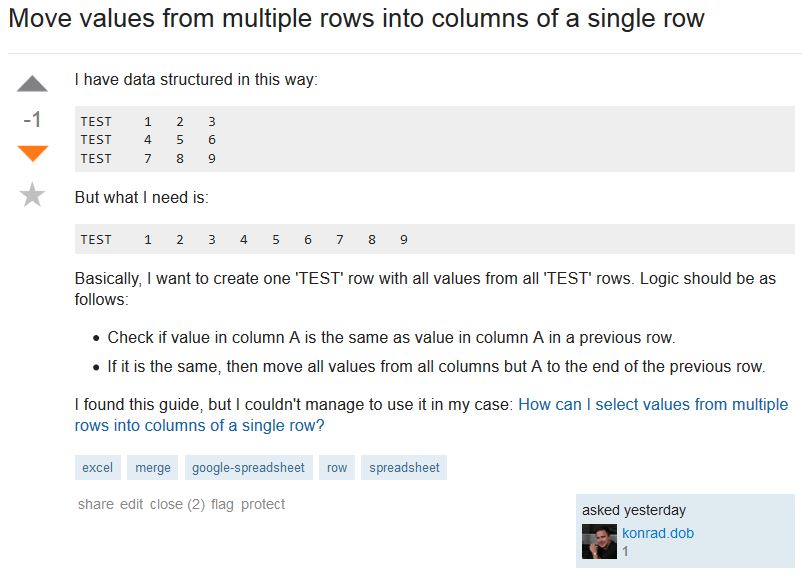 To summarise my comments:

I feel tags should not add context to a question, that is the purpose of the title and body. If a question is too ambiguous without tags, then the question should be closed because it is unclear what is being asked. Alternatively, you could ask the original poster to clarify the question further in a comment.

27
How to resolve incoherence between question and answer
2
Conflicting tags and how to deal with them
6
Should [datetime] and [date] be used together in questions that are about handling datetimes?
8
Why was "Extract email address from gmail message body" migrated from SO to Web Applications"?
19
How to deal with Vulkan questions caused by disabled Validation Layers
40
How can we handle a question where the problem in the title is different from the problem in the body, and OP refuses to change the title?