It would be interesting to see the public statistics of (un) answered questions on Stack Overflow during last 2-3-4 years. How many questions are being answered, per period of time? Which percent of them were answered by topic starter? And so on.

I judge by my own participation. I rarely use Stack Overflow, only if I'm completely stuck with the problem. Back in 2012-2014 most of my questions at least attracted attention and users were really helpful. It encouraged to help other people as well. Nowadays among 20 last questions only one was answered correctly by other user, several questions were answered by myself, the rest just left without attention.

Have I become a more boring person since 2012 so that I can't clearly explain my problem, or has the Stack Overflow community changed?

I know Stack Overflow had Data Mining team, it would be interesting to see some data on public.

Let's look at (one way to measure) how posts are received: what percentage of posts had positive, negative or zero scores: 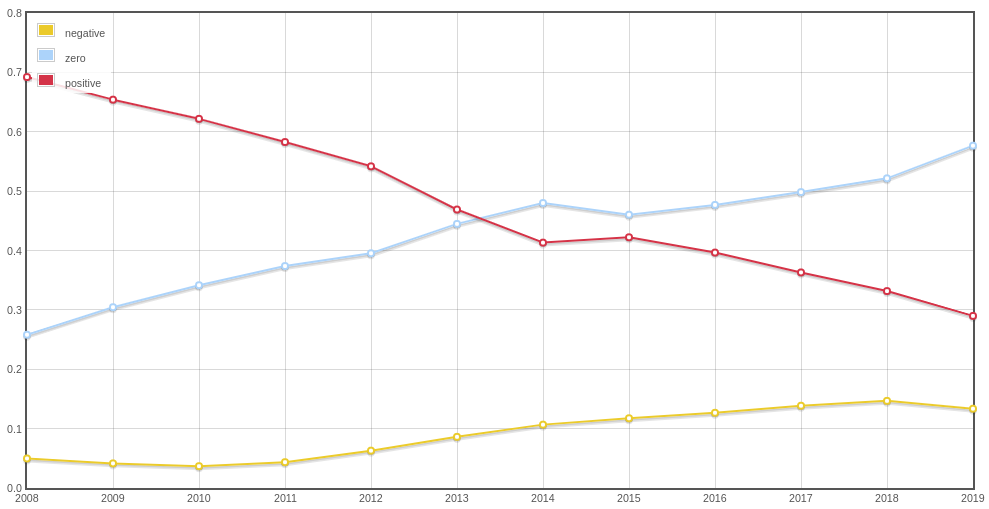 For questions only it looks similar, but worse: 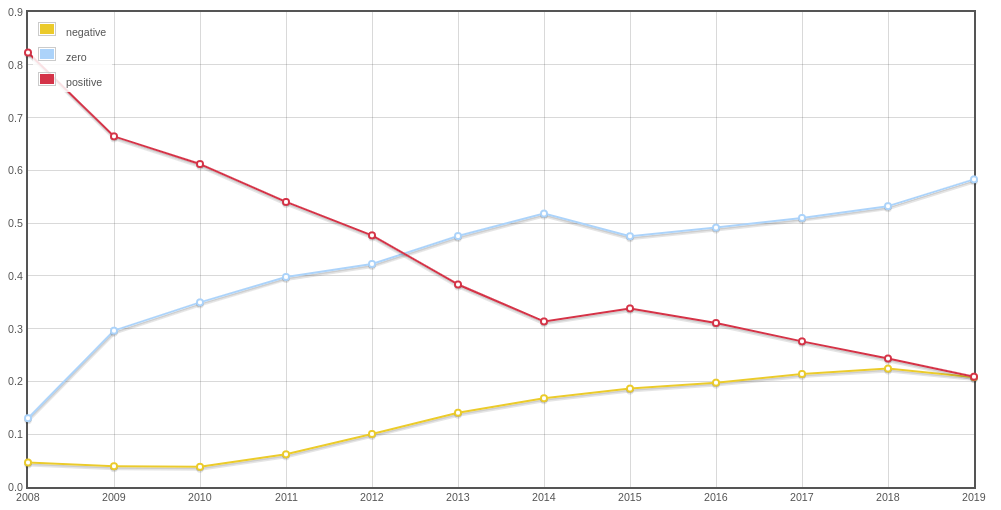 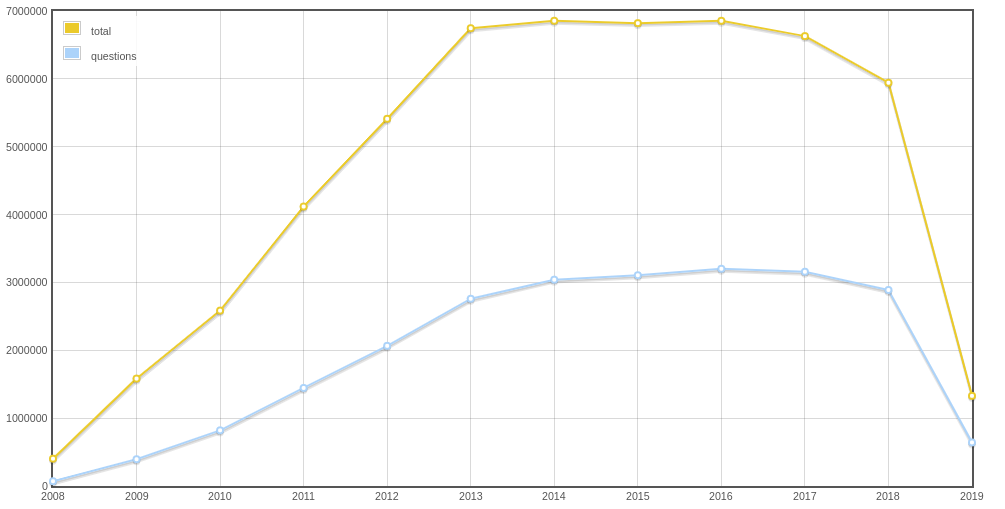 The pretty constant decline in upvoted posts and increase in downvoted posts leads me to conclude that either (or both):

My own anecdotal evidence is in line with this (that both of the above are true).

Note, however, that this doesn't mean Stack Overflow will go up in flames any time soon - these trends could keep going for many years before things would get particularly bad, or they could very well start naturally evening out at some point, not to mention that Stack Overflow staff could make changes to address this.

There are many other factors one can look at. This one seemed to provide a reasonable amount of insight while being quite simple to analyse.

Note that these are just a count of posts, not a sum of scores - the latter would heavily favour older posts, while one might assume the former would not change much over time.

The above are taken from the PostsWithDeleted table, so should include deleted posts, although I can't comment on whether or not there might be some posts that are excluded from this.

17
How should we deal with non-English Stack Overflow sites?
140
Help us clean up the Android tag
3
Stack Overflow for the non-noob
21
Statistics on migration from SO to mSO
86
Why is the quality of PHP questions, on Stack Overflow, in decline?
9
Site statistics for Stack Overflow
3
See Stack Overflow statistics
75
2020 Developer Survey results feedback
7
Add Cross Validated to the list of alternative Stack Exchange sites on the on-topic help page