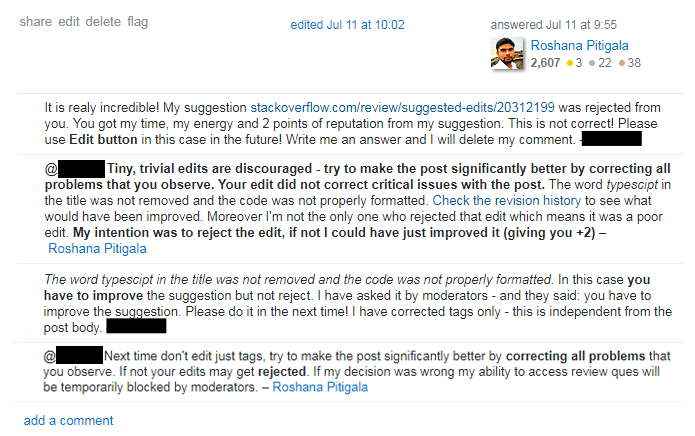 318
"Too minor" edits - better to leave poor quality on the site?
94
How do I make a good edit?
38
Am I rejecting too many edits?
4
Update delay of newest badge and false information on popup

7
How to act when I disagree with the rejection of my suggested edit?
63
Should I have handled this situation better?
2
Suggested Edit rejected with an almost identical edit
7
How can I convince a user to write better edit summaries?
40
Reject edit, only to make same edit
7
Why can someone "Reject and Edit", then make an identical edit?
5
Why was this suggested edit from me rejected?