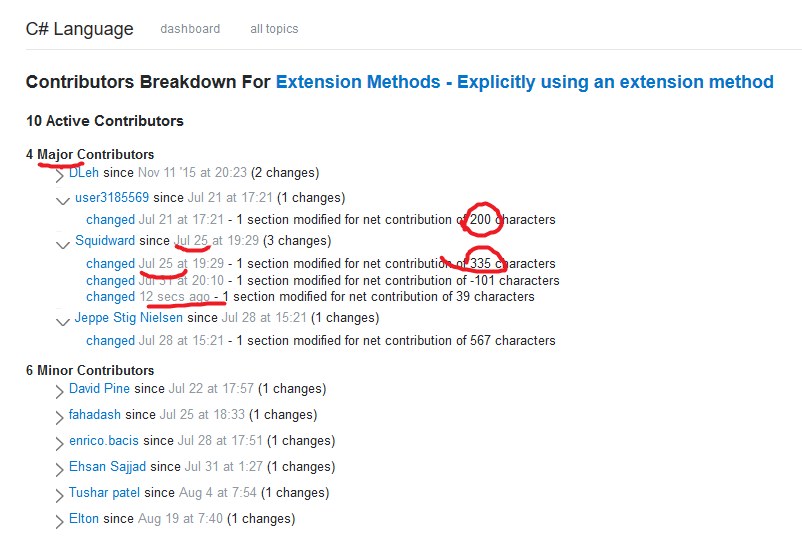 This has been fixed in the latest deploy. 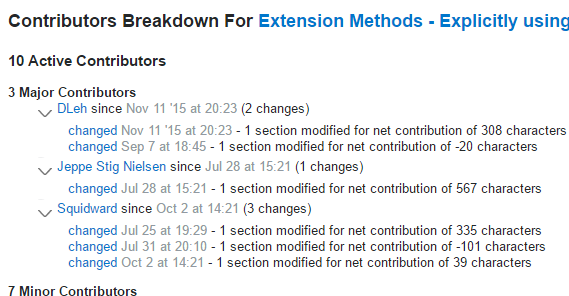 There are some rep implications (and some other bug fixes queued for rep in general), so a recalc will be rolling through later today.

As an aside: negative character changes don't impact contributions (if you add a net of 350 characters in one change, and then remove a net of 100 in a second change you remain a major contributor). Those changes are surfaced on that page because that decision may need to be revisited, and we wanted the data to be out there.

* If you're curious: a UNION ALL in some queries, and READ UNCOMMITTED isolation level.

Not the answer you're looking for? Browse other questions tagged bug status-completed documentation documentation-examples docs-contributors .