Ask Question
Asked 6 years, 5 months ago
Modified 6 years, 4 months ago
Viewed 234 times
18
Closed. This question is off-topic. It is not currently accepting answers.

I know that Documentation points do not count toward the badges that are given for reaching the 200 daily rep limit. However, I have reached the limit with Q&A points alone several times recently but my counter has still been stuck at 29. 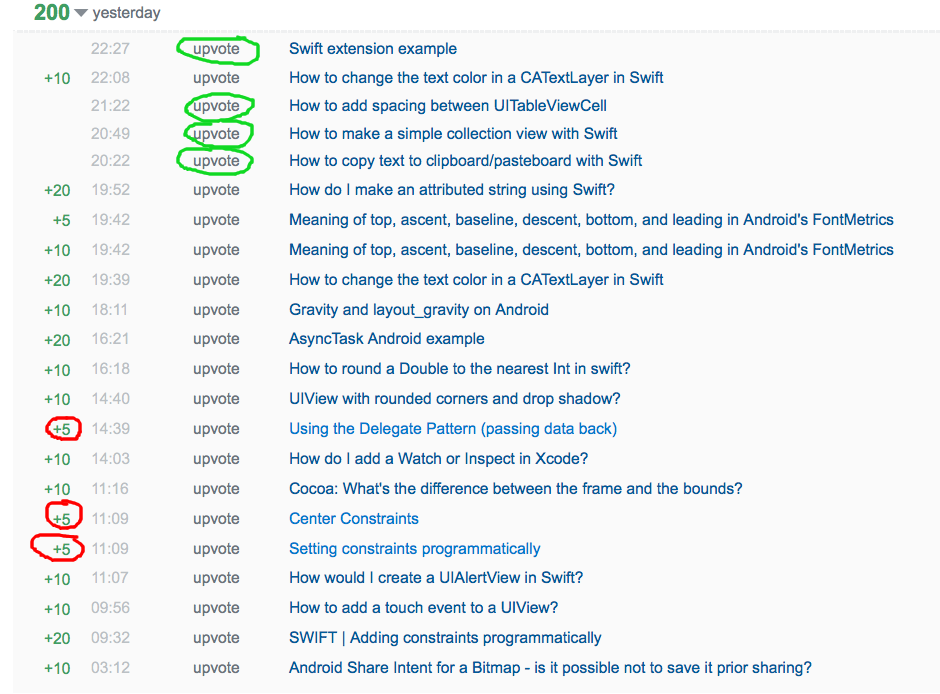 The red circled points are from documentation. Everything else is Q&A upvotes (no accept points).

The Q&A points should have triggered the daily limit counter, but they didn't. A similar situation happened on August 3, 4, and 5. I didn't go back and check earlier than that, but I think it has been occurring since about the time that Documentation points started being given.

This confirms that it is related to the Documentation points.

Documentation rep events weren't being counted for those badges, since the whitelist of counted events hadn't been updated. There's a whitelist because certain events don't count, mostly those that remove reputation.

Badges will start catching up with the latest deploy (they're awarded on a schedule on the backend, so it'll take a day or so).

It looks like a bug to me. My understanding of how the system works is that as votes come in the are applied to the rep cap. Once the cap is hit the only new rep you will get is from non-capped rep like bounties and accepts. If this is the way it works then the script will see docs rep and not give you the badge

I propose that all non-docs rep should be applied to the cap and only docs rep be used to fill in the gap if the regular rep does not reach the cap. If your non-docs rep makes you hit the cap you should still get the badge. This makes it a little more complicated but I also believe more fair.