Why was this answer deleted?

This is a perfectly fine, totally accurate answer. Why on Earth was it deleted by the moderator? 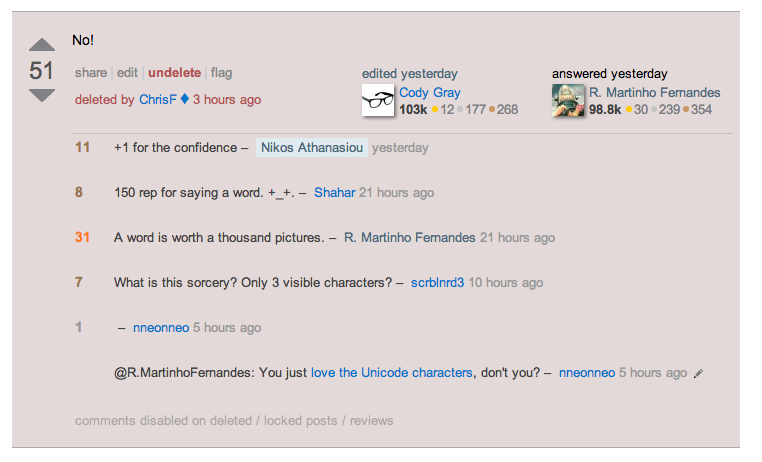 None of the reasons individually would normally convince me that the post needed to be deleted, but when taken altogether they did.

The question wasn't brilliant in the first place - being about something that could have been fairly easily found out from a search.

The first and fourth reasons were the clinchers - if the OP decided that the answer shouldn't have been posted then I saw no reason for the community to override that decision.

Without an explanation, this answer ("No!") may become useless in case if someone else posts an opposite opinion.

For example, if someone posts a claim like "Yes!", how would this answer help reader to pick of two opposing opinions? 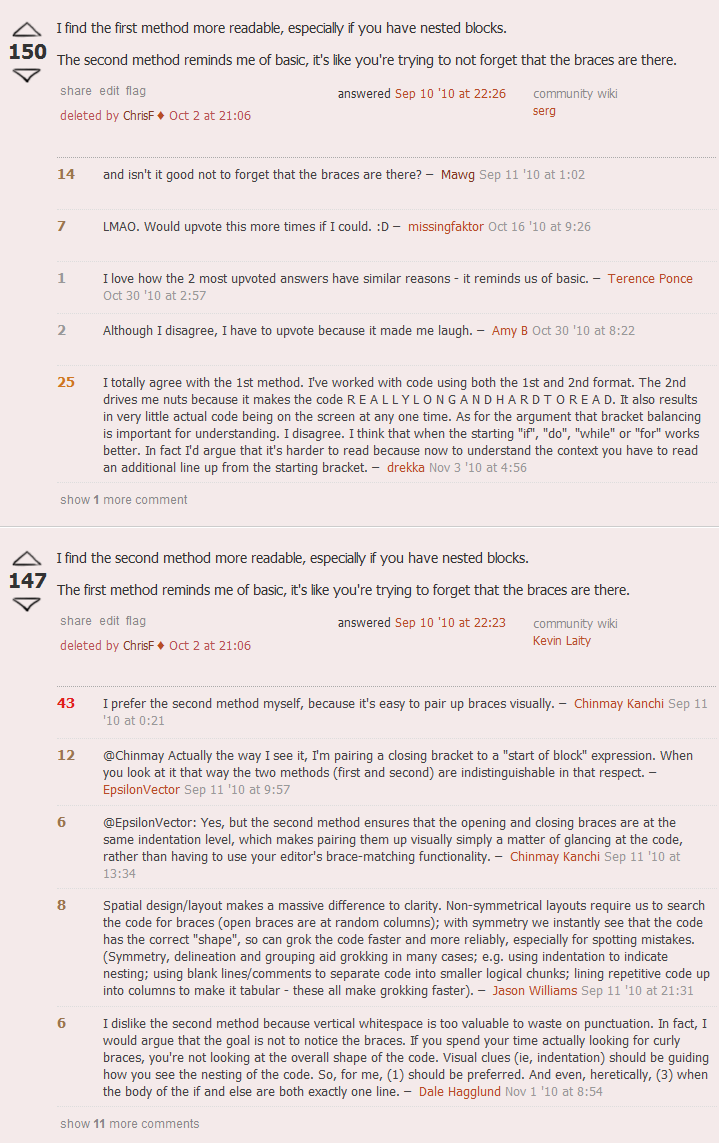 I don't think that it was a problematic answer. No other answer posted on that question were as quick and easy to read and understand as the deleted answer.

That being said, there were other answers on that question that essentially conveyed the same answer, that there are no new keywords in c++ 14. The OP apparently believed his post to be obsolete, so he deleted it.

And the OP was right, it was obsolete. Even though it's an easy to read answer, it was still surrounded by other answers, and since bringing it back wouldn't clear away those other answers, it wouldn't make the information more easy to find for future users anyway.

So when other people voted to un-delete the answer, the Mod came and deleted it again, and since the OP would have had it deleted in the first place, there's no real harm done.

Is it really fair for a user to receive 510 reputation for writing three characters using Unicode trickery to get around the minimum 30 characters limit for answers?

And look at the comments on the answer! They totally agree with my points:

User @nneonneo emphasises the Unicode misconduct by posting an empty comment using the same characters used by the OP of the answer.

@Shahar's comment was posted probably when the answer had only 15 upvotes, but sadly that increased to 51(!).

30
How can you find out that an answer is very low quality?
58
Cleanup 500 old terse answers that either have hidden value or indicate awful questions
10
Would very short correct answers be better left as comments?
12
Was moderation action against this short answer justified?
14
The rep history shows over 500 rep in one day, even though there are no accepts
-22
This answer shouldn't have been deleted
4
Isn't this answer link-only?
5
Canned comment to use when reviewing a short answer
-8
What to do if an NAA flag for a three words answer was declined?
5
Does up vote of an answer necessarily entail someone found it useful?
See more linked questions