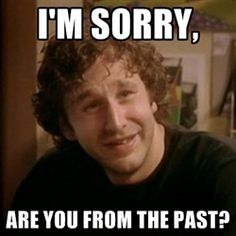 Why are so many so upset by down votes? Sure a comment would be nice, but often they seem quite butt-hurt. Gamification has its drawbacks.

Apparently users can write in first person when editing a question.

Many people seem to not understand that cognitive work such as software development is not like manufacturing. Answers to this one question exemplify this. There are plenty of people out there who just cannot move beyond the past to modern times. Ewan is perhaps unparalleled at not accepting technical terms and wanting anyone to be able redefine them, straw man arguments, and moving the goal posts of a discussion.

http://disq.us/p/1nsxccm I will almost never up vote an answer referencing Mike Cohn. His posts often reflect traditional (PMI and Taylor), top-down, command-and-control approaches over the team oriented, collaborative, agile philosophy based ones. (Wikipedia references in answers are almost as problematic.)

https://www.minds.com/newsfeed/816507972124860416 Those who train people to be coaches cannot correctly discern a personal attack from refutation and counterargument. Scrum.org is losing its credibility. Prediction: to help sell to the Taylor corporate crowd, release planning will be re-introduced into the framework.

The lack of quality of the answers on SQA says a lot about the state of the industry.

I feel that there is no longer a reason for me to be involved in the community. Best wishes.