How is gender weighted in the developer survey of 2019?

In this years Developer survey, several of the graphs have the option Weighted by Gender. What is this weight and how is it applied? Obviously the results between the two are similar. but there are some changes in percent. I could not find anywhere in methodology about how this was calculated, but I feel it is worthwhile knowing. 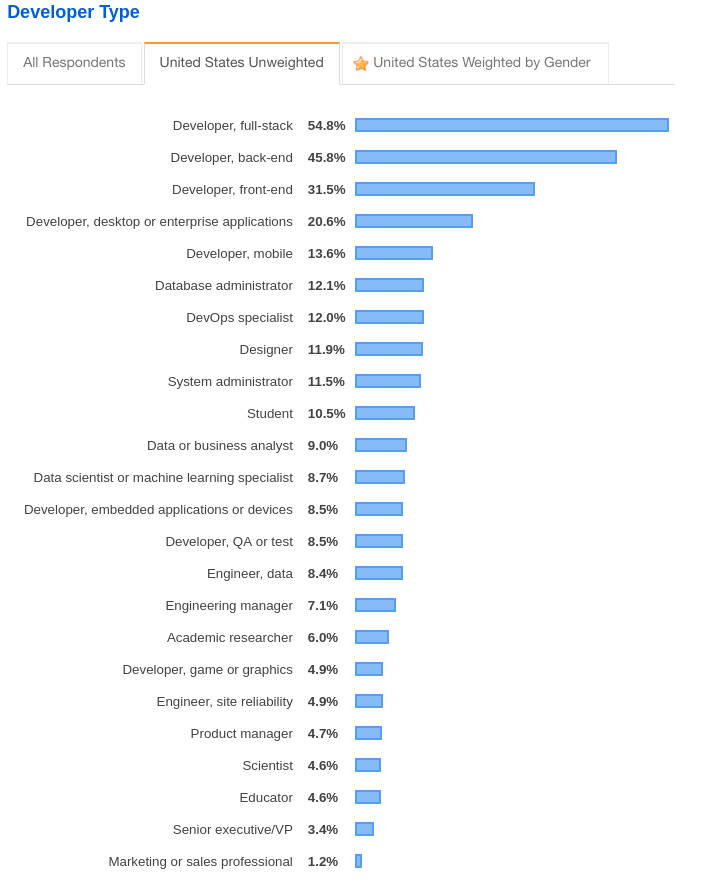 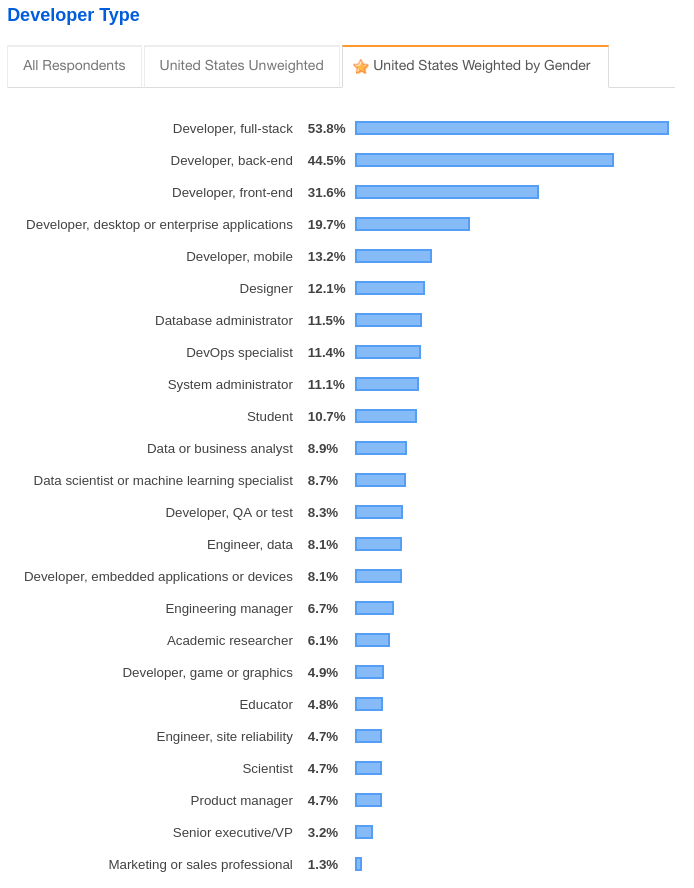 I'm the data scientist who worked on this survey, and I can add a little more context. I saw that after you asked the question, you saw the more detailed explanation we have about survey weighting, and what it is:

Survey weighting is an approach used to analyze survey data when the survey sample doesn't match the underlying population well. For example, in our survey this year, 11% of US respondents identify as women, but data from the US Bureau of Labor Statistics estimates that women's participation in the software developer workforce is about twice that, more like 20%. We can use survey weighting to adjust for the mismatch between our survey sample and the population of developers.
[....]
When we use weighting, we see small increases in the representation of developer roles that have the most representation from women, like designers, and decreases in others with low representation from women, like DevOps.

Given the proportions involved (just about 11% of US respondents identified as gender minorities, and the US Bureau of Labor Statistics estimates that more like 20% of software developers are women), the actual weight is close to 2. So that means that a response from a woman or non-binary respondent (we assumed we undersampled all gender minorities about the same) was weighted about twice that of a man, for those weighted US results.

If you want to look more at the (quite simple) math involved, I like this explanation, with some examples.

-9
Why is the 2019 SO survey so concerned about gender and why is gender weighted calculation used?
75
2020 Developer Survey results feedback