When I include only Swift & objective-c: 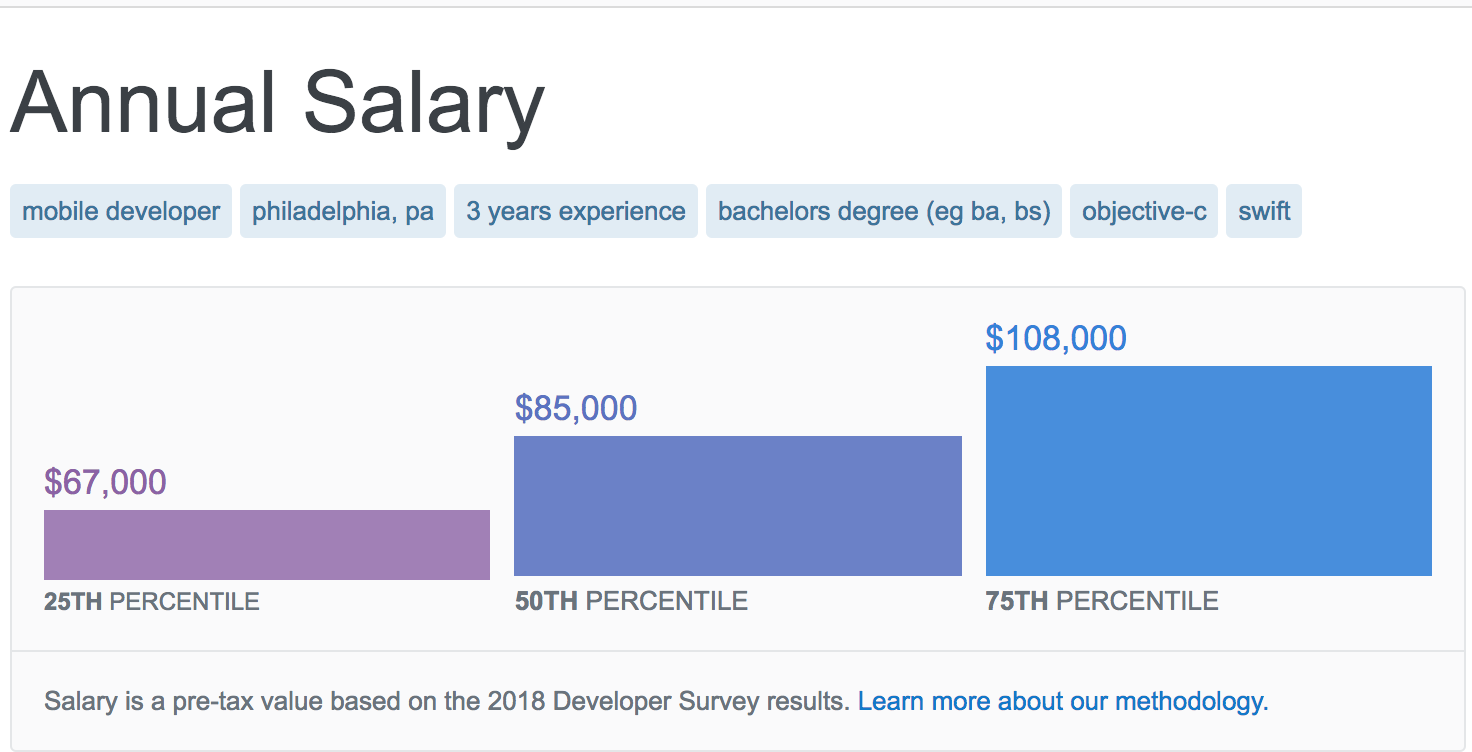 When I include Swift, objective-c, HTML, CSS: 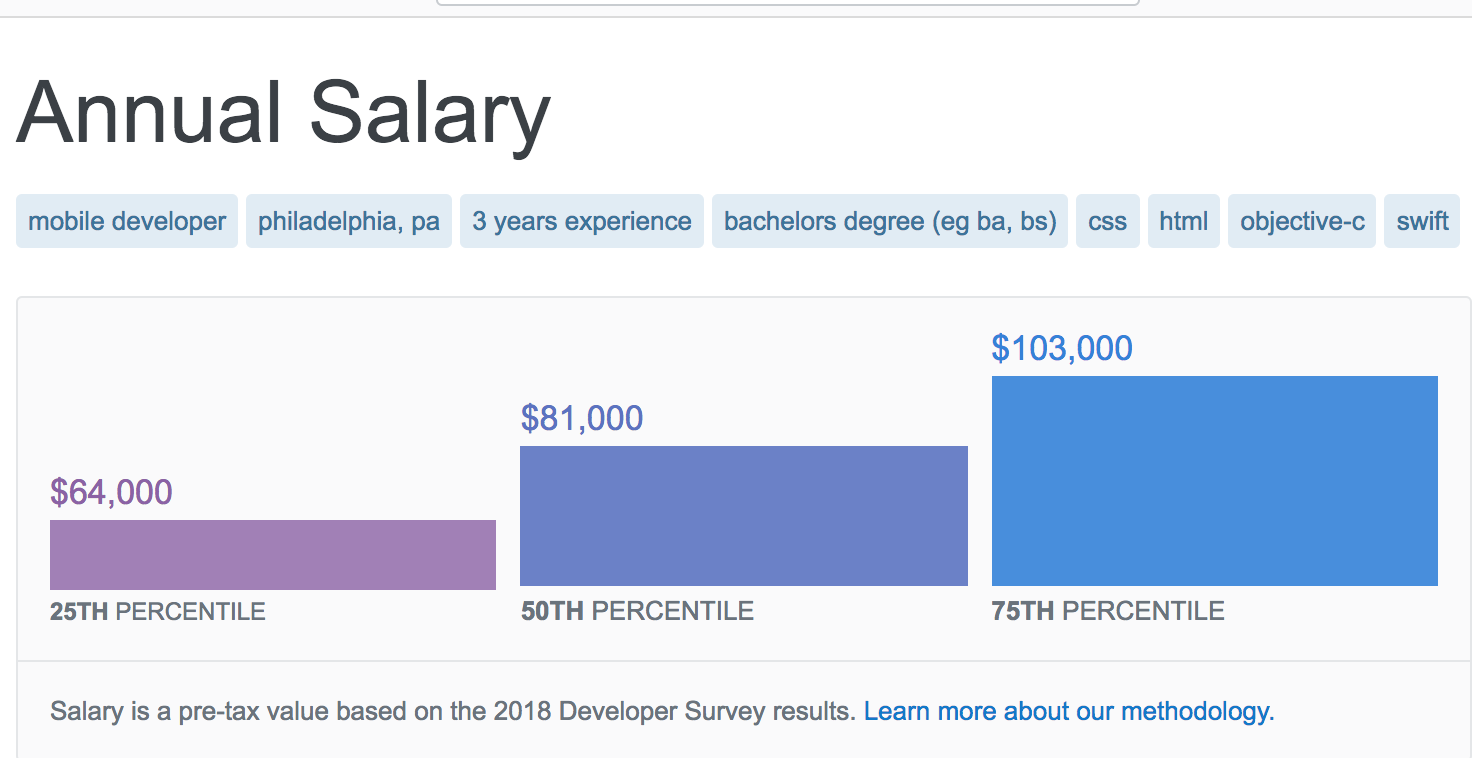 Some technologies have a negative effect on the salary.

As Julia said on the blogpost:

CSS is a technology that, as PHP, is associated with lower salaries and that's what's causing the second result to be lower than the first one.

It's the law of averages. The system doesn't know your skill level.

If the system knew enough about you (and other candidates) to be able to differentiate the above two cases, you would see an increase.

Not the answer you're looking for? Browse other questions tagged discussion bug status-bydesign salary-calculator .

3
Why should I earn less if I have more qualifications?
3
rank highest to lowest technologies in salary calculator