I know this is a little too early to ask, but this is something I'm wondering about for quite a long time.

Ever since the inclusion project was started, there has been consistent rift among users as to the intent of answering questions here on Stack Overflow. I considered having a separate survey for this, but to have more accurate data, I'm suggesting including this as part of the upcoming 2019 Developer Survey.

Choose the option that you most agree with:

Thoughts? Note that I'd prefer that discussion be around solely whether or not this question should be in the Developer Survey, not on the question's contents itself or how you'd respond to it.

Let's put out a few points that I think will be relatively uncontroversial to most reading this: 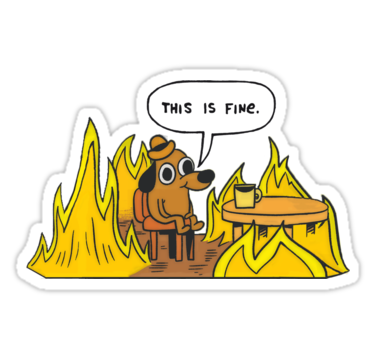 I really want one of those stickers, but more importantly, we may need to be looking at separation of concerns when it comes to the annual survey. It's more about how programmers feel about stuff that isn't Stack Overflow, and it's seriously (quoting an internal source: 'a big honking document') large.

This is tagged so we'll find it when it's time to put the next survey together, and we're also going to consider it when we put out some follow-up surveys to get folks take on how the new code of conduct is going, maybe 6 months after it launches.

In short, your instinct on wanting / needing the signal is spot on. What's hazy is where we get it, and more specifically, how we ask for it. But when folks propose these kinds of questions what's most important is communicating the gist and need for what should be collected, which you've done a pretty good job of doing.

Alternatively you could rephrase the question a bit so that rather than asking what people think Stack Overflow should be you ask about their what their perception is of Stack Overflow.

If it turns out that the perception people have is wrong, then steps can be taken to try to change that perception.

Neither the question as posed nor anything to substantially the same effect should be included in the developer survey. At best it would be useless, and at worst, even more divisive.

The main problem with it from my perspective is that posing such a "should" question gives the impression of a vote. In that case,

Even if the question were presented as informational only, various spins of the results would be sure to be used as ammunition by proponents of one, two, or even all three of the proposed options. Nothing would be resolved, but likely more conflict would arise around it.

We don't need metrics on this, we need leadership. The community currently looks to multiple sources for that, including paid staffers, elected moderators, and influential voices from the community. We also have guidance -- far, far more than do most online communities -- from written documents describing our mission and our expectations of participants. To the extent that there is a division, it is reflected in and sustained largely by inconsistency among those sources. Along those lines, however, I think there is reason to hope that the new Code of Conduct and the community discussions around that will establish a rallying point in this area.

It's a shame, though, that this controversy was stirred up under the banner of "inclusiveness," especially to the extent that that is interpreted as "we want to include everybody." No, we don't. Why would we have so much documentation of our expectations, and why would we be drafting a CoC, if we did not want to exclude people who are unwilling to comply?

But I have come dangerously close to veering off into position advocacy, so that's enough thoughts for now. In case it was unclear, however, no, the question should not be included in the developer survey.

I like what this question tries to do, but as is it's completely 100% pointless.

The blog post that told people to make things more inclusive has basically been ignored because people don't agree that Stack Overflow is for everyone that codes and not just experts. That's not going to change.

At this point Stack Overflow just has an inability to change its culture, and frankly, given the site design, that's its own damn fault.

Asking this question is just saying that you have best people who are very smart. Too little. Too late.

Honestly, the top comment on this question is a joke about students using Stack Overflow. Do you really need to ask the community about this?

Since this is going to come up again:
@MartinTournoij: My problem is that people on Stack Overflow do not draw a line between people who are unskilled and people who are looking for work to be done for them. Your response is a perfect example of that. You can just be bad at coding and be virtually helpless. Most people seem to start out that way.