Why don't my watched tags stick in Stack Overflow for Teams?

We have a Stack Overflow for Teams site for our company that we've been getting a lot of good out of, but we found that when we set up tags to watch, they don't "stick" - i.e., when you go back to the home page of the team S.O., it still shows empty "Watched Tags on XYZ" and "Ignored Tags" sidebar widgets.

After a user in our team S.O. reported their experience I replicated it. I added the java tag to "watched" and the ruby tag to "ignored". I do see them show up in the sidebar: 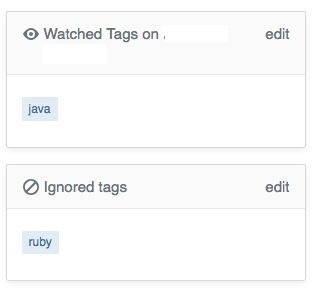 But when I reload the home page of our team S.O., I see the empty widgets: 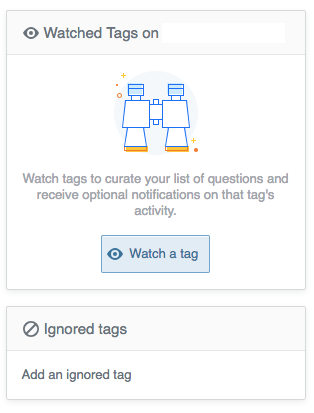 The way Teams is designed, routes inside a team hit mostly the same logic as routes outside of a team. As such, the users controller had a bunch of routes that while not exposed as links, still existed but were not intended to be used and could provide a somewhat broken experience. To clean that up, we made those unneeded routes 404 inside Teams.

Unfortunately, one route that was caught up in that which shouldn't have been is /users/save-preference, the route that's hit when you add a watched tag from the sidebar.

I've updated /users/save-preference to work in Teams again. I also updated the UI to show an error message if the request itself fails, similar to the one you see when adding a tag that doesn't exist in the team. That way it'll be more obvious when we break it again in the future.

Watching a tag from the popover or on a tag search page was still working as expected, as was updating the frequency for watched tags that exist in the Team.

Not the answer you're looking for? Browse other questions tagged bug status-completed tags stack-overflow-for-teams .