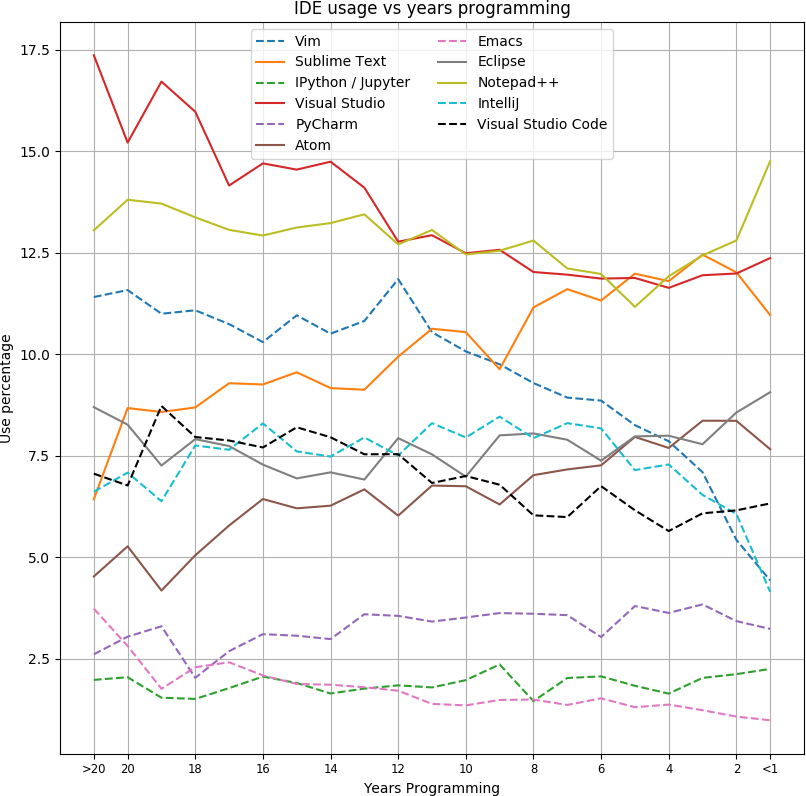 I think VIM, as an IDE, is simply going out of style. It is very time consuming to setup, it is difficult to use, BUT incredibly more efficient if you set it up and use it correctly!

Perhaps that last point is the answer to this question. VIM takes 10 years to setup! :)