Can a machine be taught to flag Non-Answers and post comments on them automatically?

The New Answers To Old questions page in the moderator tools is one of the best tools that can be used to assist moderation and has often been described as a place to find flaggable answers. There are nearly 9000 new answers to old questions per week.

A few users (myself included) used to devote a lot of our time aggressively patrolling the same answers and often used to end up out of flags even when there were still a lot of NAAs flowing. We faced a few issues:

After examining the Stack Exchange API, we, i.e, the SOBotics team, wrote a chatbot that could report these posts to us. That way we could solve all the issues we faced! Thus, Natty was born.

It worked well but after looking at some stats, we realized that most of the posts are quite obvious: 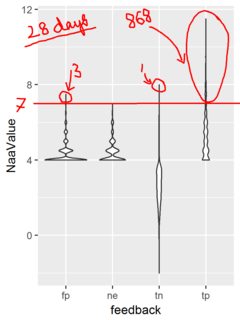 (tp indicates a true positive (i.e. a flaggable post), fp a false positive, which is a wrongly detected post, tn is a post that was not detected but was reported manually and ne indicates a badly formatted post in need of an edit)

A large number of posts (868) caught with a detection value of above 7.0 were all flaggable! Only 3 posts (which were all really badly formatted answers) were wrongly detected. (The 1 manually reported post was because of the API backing the bot off for a minute).

A few filters were performing really well compared to the rest: 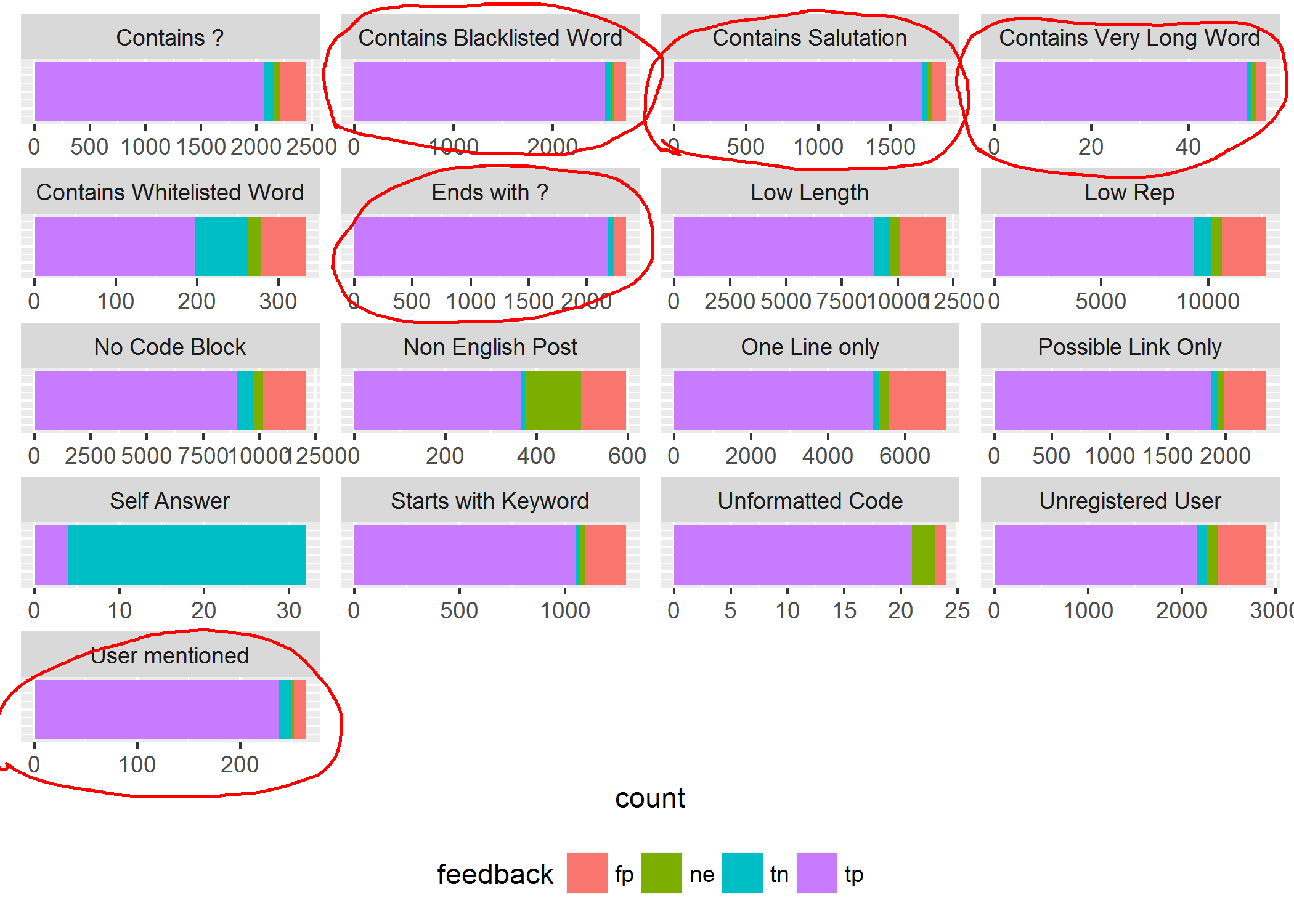 So we decided that it would be better to automatically flag those instead of waiting for a human to revisit them and flag it. Everytime we flagged, we used to add an automatic comment from a list of canned comments. Ideally, this would have educated the OP that their post was NAA and hence they would delete the post. In reality, the 4-5 hour delay between posting and flagging meant that the OP was no longer around to look at our comments.

The initial plan was to flag the obvious NAAs and leave a canned comment on their post. Detecting which comment to use was simple - there were 3 categories of NAAs being detected. Link only posts, (which were flagged VLQs), "me too" answers by <50 rep and the NAAs by >50rep. Link-only posts were detected as they consisted only of a link. The reputation of the user, returned by the API, was used to determine the type of NAA. If the bot detects the post as non-English or a gibberish post, it doesn't leave any comment.

After talking to Shog9, a community manager, about this system, he advised us to:

After trying to improve the comments, Shog himself provided us with a set of comments.

What are we doing at the moment?

At the moment we are:

What problem are we trying to solve?

All the posts that are flagged go directly to the Low Quality Posts Queue (a few after a delay of 15 minutes). Many of the posts which could have been autoflagged were lying around for 6 or more hours (until a human user checked those and flagged them). Hence autoflagging them would have cleaned those within an hour. Apart from that the NAAs enter the moderator queue after an hour and are prioritized based on when the post was flagged and not when the post was created. Adding a comment on the post as soon as they post such an answer would make the user aware of the rules. This would result in either the OP deleting the NAA as informed or tailoring their post into an answer for that question. All in all, it would help clear NAAs faster.

Initially it was decided that I would run it on my own account as I could retract bad flags if any and delete the wrong comments. But then something happened and I could no longer use my account. At the moment, the only disadvantage of this is that the bad flags cannot be retracted. There is a Room Owner only command to delete the bad comments.

Are there a few examples of true positives and false positives?

Sentinel is a small web dashboard that was written to track all the posts that we have detected. Most of the true positives can be seen there. A few of them are:

The 3 false positives were:

Now that you know the details of this system, what are your thoughts/comments/ideas?

Title courtesy: Can a machine be taught to flag comments automatically?

I feel that we are relying too much on human interactions. If we can identify with high accuracy (+95%) these posts, we should block them before they enter the system. Of course, this could be done in steps: auto flags/quality filter that sends these post to the queue, if that works as intended (deletions + edits ~98%) we could move towards warn then block.

I am in full support of this. I joined the chat and within about 10 minutes ran out of flags on low quality posts. I was being picky with my flags and the majority I viewed were TPs. A few I personally didn't know what to do but left. I really like the work you have done and I am all for it!

I don't flag much so I only have 10 flags so about 1 flag a minute when I joined for the first time.

508
November 2016 Community Moderator Election RESULTS
414
Can a machine be taught to flag comments automatically?
78
Downvotes Survey results
211
1, 2, 3...test. Let’s increase the number of reviews & close votes for science!
20
Can I help SO with closed questions?
53
Does Stack Overflow use machine learning for posts?
25
Failed review audit due to a possible misunderstanding of what is off-topic
26
What is the purpose of "New answers to old questions" listing?
15
Automating duplicate question detection
38
Make the New Answers to Old Questions real time
See more linked questions

26
Can I flag posts from SEDE or a search in bulk if they're low quality?
414
Can a machine be taught to flag comments automatically?
32
Should I cast delete votes on non-answers? Or flag them? Or both?
22
Should link-only answers be flagged as not-an-answer? Conflicting meta posts
29
Is a self-answer of "looks like I had a typo" really not NAA?
51
Why were these two NAA flags declined for link only answers (one of these being the accepted answer)?
7
Why were these NAA flags declined for content-less link-only answers?
73
Can the mods agree on how we should mass-flag comments?
19
Why was my flag to a rude/abusive answer declined?
17
My flags keep getting declined