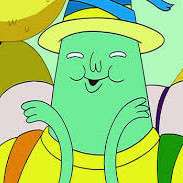 Here is a garbage story: Tony was a dog, not the best dog but still he didn't see himself as a bad dog either. From time to time some would even call him a "good dog". But he wasn't fooled. He knew that in this crooked world, words weren't worth much. He had been working in the K9 for two years now but it felt like a decade to him. Gang wars, drugs and violence... It gets you eventualy. Even the best dogs. Like many others, joining K9 was a puppy dream but now that he was in there he knew that he wouldn't grow old in there. "It gets you eventualy." that's what officer Rex kept repeating to Tony like a broken record. It felt somewhat reasuring to hear that over and over again, like the tick-tocks of a clock, if you kept hearing them at least it meant your end had not come... yet.

We respect a laser-like focus on one topic.