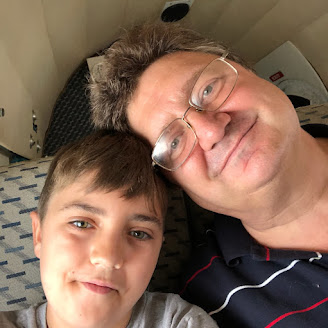 Grew up in Stillwater, OK (with occasional detours living in Dry Drayton, England and Salvador, Brazil), and had exchange student brothers and sisters since I was one year old from around the world. Studied EECS at MIT, class of 1984. Worked at OSU & MIT, then founded my own company, Gandalf Software, in junior year, and consulted for Knoware, Dragon Systems, and InterSystems (for 29 years). Now consulting for Dynactionize (headquarters in Belgium), working with some great people!

I also love travel, learning about foreign cultures (my wife is Spanish, and I used to live over half the time in Spain going back and forth every 2-3 months until our eldest child started kindergarten, now we just get two months a year in the summer), and learning languages (I've studied French, Spanish, Portuguese, German, Hebrew, and now am attempting to learn Dutch (or Flemish!) via the Internet). I also love food from around the world!

I am a very strong believer in diversity, in the workplace, in one's friends, in all aspects of life. (Not for any altruistic reason, simply because I get bored if things are too much the same, and diverse opinions are critical in business to not miss oportunities)