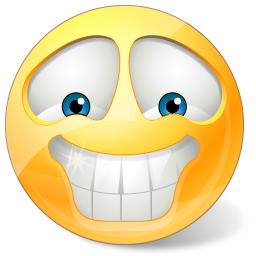 As of July 11th 2015 Australian EST, I have stopped my entire participation in all S.O. sites due to unwarranted accusations towards me from S.O. moderators. The irony: I don't even give a s**t about the reputation points I have earned so far at S.O., let alone being accused of colluding with others to gain a [pathetic] 370 reputation points (sic!). Special thanks to BalusC, McDowell, Matt Handy and a handful of others who have helped me here. Sayonara my friends, I will miss you.

As of December 18th 2014 Australian EST, I have stopped flagging posts here at S.O. as I can see that the whole moderator process is totally broken. This post, like others taken from my flagging history, shows that while my comment for the post was "This post should be moved to android.stackexchange.com." was marked as "declined - a moderator reviewed your flag, but found no evidence to support it", and yet this poster commented the same thing as I said, as in: "You might find some help on Android Enthusiasts". Go figure! If you read the post properly, it would be best moved to android.stackexchange.com so other people can help the OP since it's not a programming question per se, but it's Android related.

Anyway, it's time I let other S.O. participants get annoyed by this moderator process. I have had enough!

Java programmer starting out on Assembly, Pascal, C, Cobol and dBase; now ending up with Java and Android. Did a 360-degree turn from proprietary software to OpenSource - and loving it - although kept one Windoze machine to support legacy apps of clients. As soon as clients' apps have been migrated / substituted with OpenSource alternatives, Windoze machine will go to the guillotine (figuratively, of course).

The main reason I moved to S.O. is because Sun's (now Oracle's) forums are plagued with too many nitwits and prigs (American English: self-centered pricks). Should S.O. forums one day suffer the same decadence, I guess I shall have to move again!