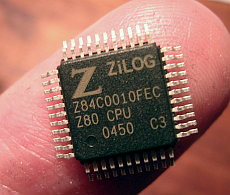 Should we finally move from Delphi to Lazarus?
POLL: http://www.quiz-maker.com/QOLJI03

Goodbye Delphi!
March 2020 headline: Delphi is about to fall out of the TIOBE index top 20 https://www.tiobe.com/tiobe-index/

March 2021 Delphi is climbing back towards Top10. Embarcadero did a good job with its Comunity license.

My SO rule:
I upvote any SO question that was downvoted and no reason was provided for the downvote !!!!

The decline of StackOverflow:
https://hackernoon.com/the-decline-of-stack-overflow-7cb69faa575d
Randomly deleted questions on SO:
https://sergworks.wordpress.com/2012/09/26/why-stackoverflow-sucks/

The Borland Turbo languages where the Cat's Pajamas.
Microsoft countered with the Quick languages.
Borland made Turbo Pascal for Windows and with Objects and then made Delphi.
Microsoft countered with Visual BASIC.
Borland made Borland C++ and JBuilder.
Microsoft countered with Visual C++ and Visual J++/J# and then later Visual C#. The free IDEs and Free compiler languages ate into Borland's sales. Eclipse, Netbeans, IntelliJ, BlueJ, Sublime Text, GNU C/C++, Apple XCode, FreePascal/Lazarus, Ruby/Ruby on Rails, Python, Code::Blocks, etc.
In 2005 Microsoft introduce Visual Studio Express a free version of their development tools. Like Amiga, Borland had the superior technology, but cheaper/free alternatives undercut their sales. Mostly it was the free and open source revolution that did Borland in. orionblastar