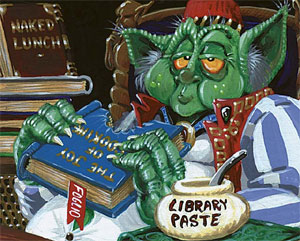 Davatar likes coding. He also likes project management. He likes both that much, that he does it for living. Davatar goes well in the holy Microsoft world. But in his free time, he sometimes jumps into pools filled with PHP and/or javascript. Davatar had to learn Java a long time ago and sometimes takes it out of that small chamber in his brain where all the garbage goes, to decompile some Java games to see what's on the dark side of the moon (because game software comes from out of space, rather than business software, which is built by men). Davatar has in fact been to the island Java and was shocked when he found out, that Javanesians actually prefer tea over coffee...

Davatar likes doctors and nurses and patients and everything medical software related that much, that he helps building and improving medical software. He tried once to become a member of the banking and insurance tribes, but it was a bit too primal for him (because there are too many barbarians in the tribes trying to be the alpha male). So he decided to take another path than self-flagellation followed by burnout and/or suicide, quit his job and went to a big adventure all around the world. He never saw the whole world, because there was too much to see in Asia. That's how Davatar finally went back to the medical software world. But instead of living in Europe, he lives now in Asia.

On weekends, Davatar sometimes hops into an airplane and flies to the beach, which is just a 45 minutes flight away. Davatar likes beaches much more than banking and insurance tribes. He also likes hiking and climbing and chocolate and ice cream...and cats. Who doesn't like cats anyway?