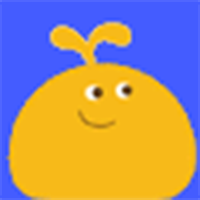 FYI: I no longer answer questions on stack overflow

If you have a WebGL question you can try asking in the comments on one of the appropriate sites listed below or on the site's corresponding github issues.

I was on the Google Chrome GPU team implementing Chrome's GPU subsystem including WebGL and Pepper 3D. I've shipped over 17 commercial games from Atari 800/Apple 2/Commodore 64 days all the way through PS3 and Xbox 360.

PS: Any code I've posted on Stack Overflow is public domain / CC0. You do not have to credit me.

All Questions Answers
Votes Newest
324 Should Stack Overflow revisit the dark mode question in light of new situations in 2019 vs 2013 when it was first asked? Jun 18 '19
131 Could Stack Overflow support GitHub flavored markdown? Jun 14 '14
119 What more can be done to prevent questions with just external links/images? Jun 1 '20
104 Stack Overflow won't work on Chrome 77 for Mac because of text substitution support Jul 9 '19
65 Triple backticks for code blocks (like GitHub flavored markdown) [duplicate] Jun 14 '14
50 How will Stack Exchange Overhaul their Q&A Format? Jul 20 '19
45 Why not fix the search icon's vertical alignment? May 3 '16
43 Use HTTPS for snippets because some features are HTTPS only Jul 9 '16
41 Support JavaScript ES6 modules in code snippets Sep 4 '19
40 What, if anything, should be done about massive question duplicates? May 18 '19
View all questions and answers →