Can we encourage users not to leave comments on decade old questions and answers? [closed]

Ask Question
Asked 27 days ago
Modified 27 days ago
Viewed 189 times
-35
Closed. This question needs details or clarity. It is not currently accepting answers.

More specifically, if the question is on a niche topic (e.g. asm/kernel stuff), has low number of up/down votes, few/no/unaccepted answers, low number of views, wouldn't it be nice to notify a future user not to leave comments/answers (very likely, waste their time)?

On a typical Thursday in October 19,097 comments are posted by users with that privilege. The majority of those comments are on recent posts but the drop-off for comments on older posts is dramatic: 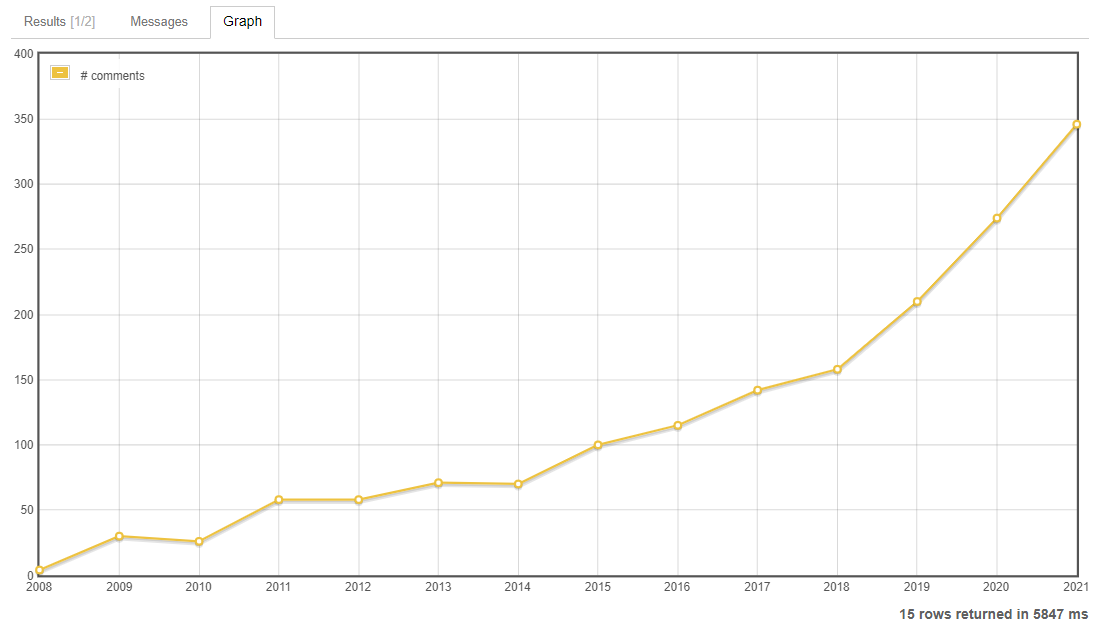 And this shows all posts. If you would only look at "niche tags" (exact definition pending) you would find even less comments.

So we're now looking at spending dev time on adding a feature for a few occurrences where the benefit of the feature is marginal at best. You could even argue that not having recent comments that point out issues on such posts is doing a disservice to the visitors of that Q/A.

As leaving comments doesn't bump old posts, given most comments aim at improving the quality of the post and the low number of instances you want this feature for I take a stand and propose to not implement this feature.

63
How to highlight difficult or old questions and then reward the answers?
38
How do I encourage better quality questions, and discourage poor quality?
2
Dump [minidump] and [memory-dump]
44
Unanswered Questions: What am I still missing and what can I do to improve them?
64
What's the average votes-to-views ratio on Stack Overflow?
46
What is the Meta consensus on comments that self-promote answers to old questions?