I found three rude but useful comments from a single poster for this answer to the question How to use unicode characters in Windows command line?. I haven't identified the user or the specific comments here because they are not relevant for this post, but they are easy to discover if you care.

The three comments were potentially useful since they were challenging the accuracy of a highly upvoted answer (421 votes), but all of them were also rude and condescending. I tried to flag the first comment using option "Something else" with the following text, which was 282 characters long:

This comment is criticizing the accuracy of a highly upvoted question so it might be useful. However, part of it is also rude and condescending: "Over 300 incompetents so far have upvoted this advice. That's impressive.". Can the comment be retained, but without the offensive part?

Here's a screen shot immediately prior to submission, which displays the message "218 characters left": 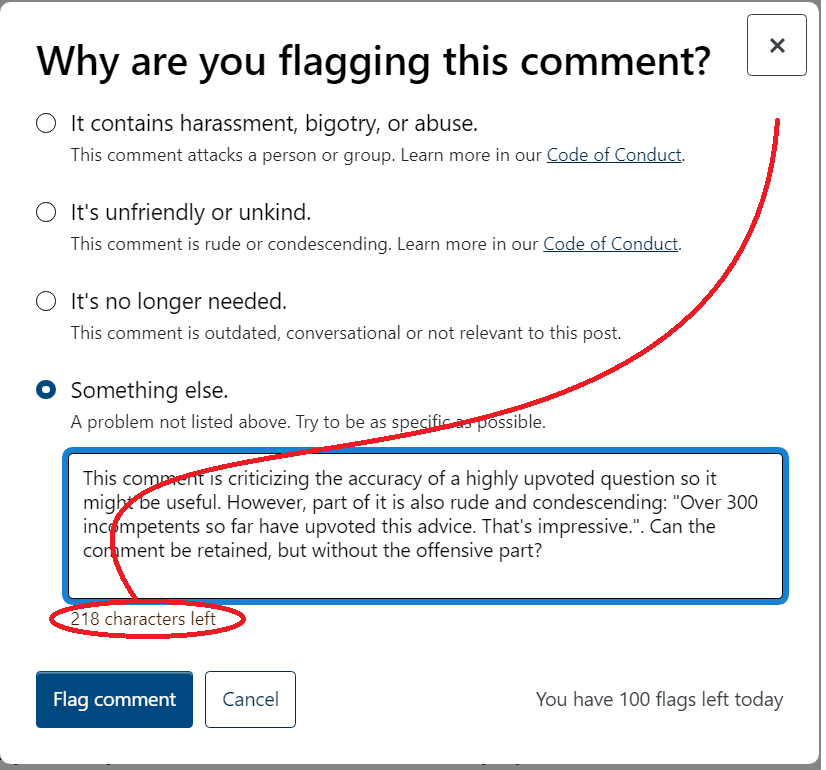 Submitting the comment resulted in the error "Please enter at least 6 and no more than 200 characters", even though my comment had "218 characters left": 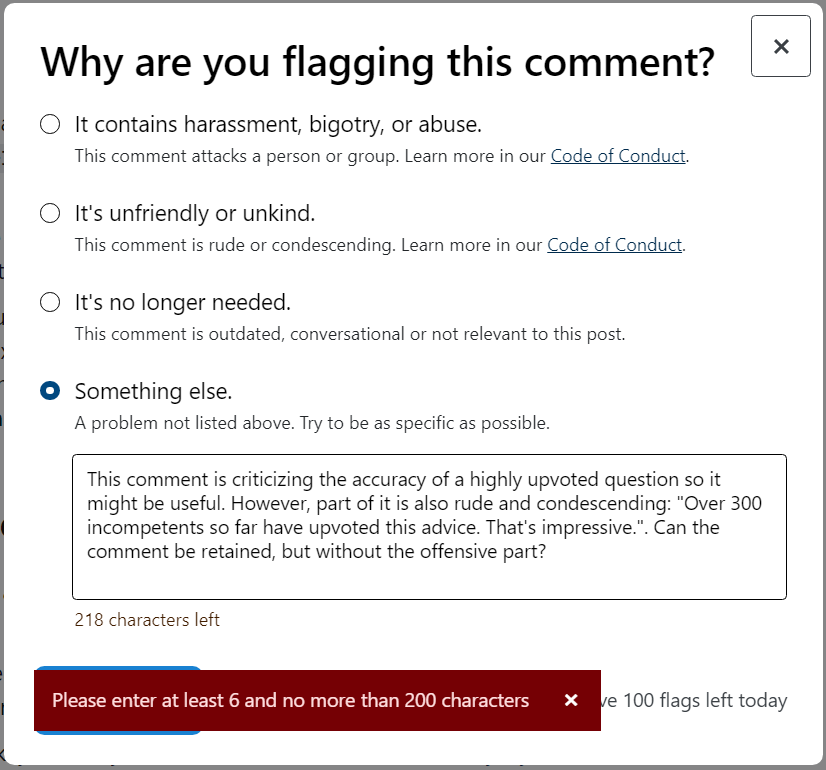 Once I reduced the comment to 196 characters it was submitted successfully.

This comment is criticizing the accuracy of a highly upvoted question so it might be useful. However, part of it is also rude/condescending. Can the comment be retained without the offensive part?

So there are a couple of issues arising, since the error message ("...no more than 200 characters") conflicts with the pre-submission advisory message ("218 characters left"):

3
Inconsistency in validating the required comment length
3
When you are writing a comment, returns are taken into account but don't count towards length
3
"Report a message (Something else)" text box incorrect character count
7
Bug in code inline comment with URL