Failed Audit on a page that looks good

I just failed an audit on this review: https://stackoverflow.com/review/low-quality-posts/32669544

This was an audit, designed to see if you were paying attention. You didn't pass. This post has severe quality issues. It is abusive nonsense, noise, spam, blatantly off-topic or otherwise irredeemable – readers will find it offensive or repulsive rather than helpful. Please delete or recommend deletion when reviewing such posts.

I don't understand what is wrong with the post, am I missing something entirely obvious?

It also tells me

Well I am worrying and I'm not convinced its been handled appropriately. 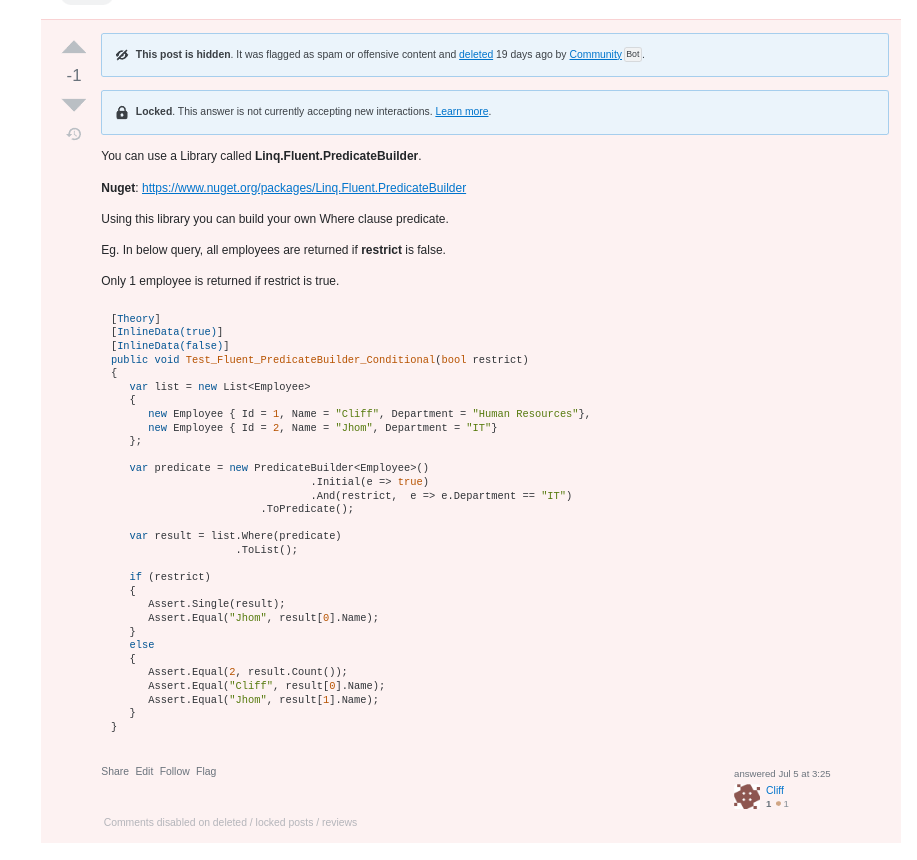 (not the moderator who handled these, but...)

The issue here is undisclosed affiliation. The user posted 5 answers, all linking libraries from one company), and an investigation confirmed that there was in fact an affiliation between the user and the linked content (for privacy reasons, I can't say how that was determined) which was not disclosed per our policy on promotion.

Of course, you couldn't have known that, since you can't see a user's deleted posts.

The way to avoid this is for the moderator who flags the post to pick "Rude or abusive" instead of "Spam" when deleting stuff like this, but that's difficult to remember in the moment since it's rather unintuitive (it is spam, after all). This one slipped through the cracks. I'm undeleting and reflagging the posts from this user in order to remove them from the audit pool, and I also gave a PSA in our mod room about using R/A flags instead of Spam.

Again, it feels like posts deleted by mods rather than the regular reviews/user delete votes should not be picked for audits, since moderators have a lot of big picture and behind-the-scenes info that regular users lack.

The review queues is at some all time high currently. Crap Overflow, but SO the company does not care - no amount of repeated criticism against broken audits over the past 5-10 years has caused the company to take action. The audits will not be fixed until we all boycott unpaid review work. If they don't wish to fix the audits, the company can hire staff to do the reviews.

35
Why was this answer an audit, and why did I fail?
6
Why should I have recommended to delete this answer?
14
Low Quality Post audit failed
6
I failed this review queue audit on a plausible-looking answer, and I don't know why