Clues to being temporarily suspended from reviewing and the automated message?

Is there a resource that identifies the criteria used to determine suspending someone?

This is the suspension message I received.

On the first of the two reviews mentioned I fully admit that it was obvious spam, and not seeing it was totally my bad.

The two failed audit occurrences were a week apart and I had passed several audits in between the two instances.

This also isn't a big deal, but I wonder if it's necessary to make accusations in the automated suspension notification? It seems to me that simply telling the user that, because they failed multiple audits, they are now suspended is enough by itself.

This sentence "We suspect that you are not actually reviewing the tasks." doesn't seem helpful and neglects the many dozens of other reviews that were concurred by other reviewers and the many audits that I did pass.

The clue was the user name and avatar matching the URL included in the answer: 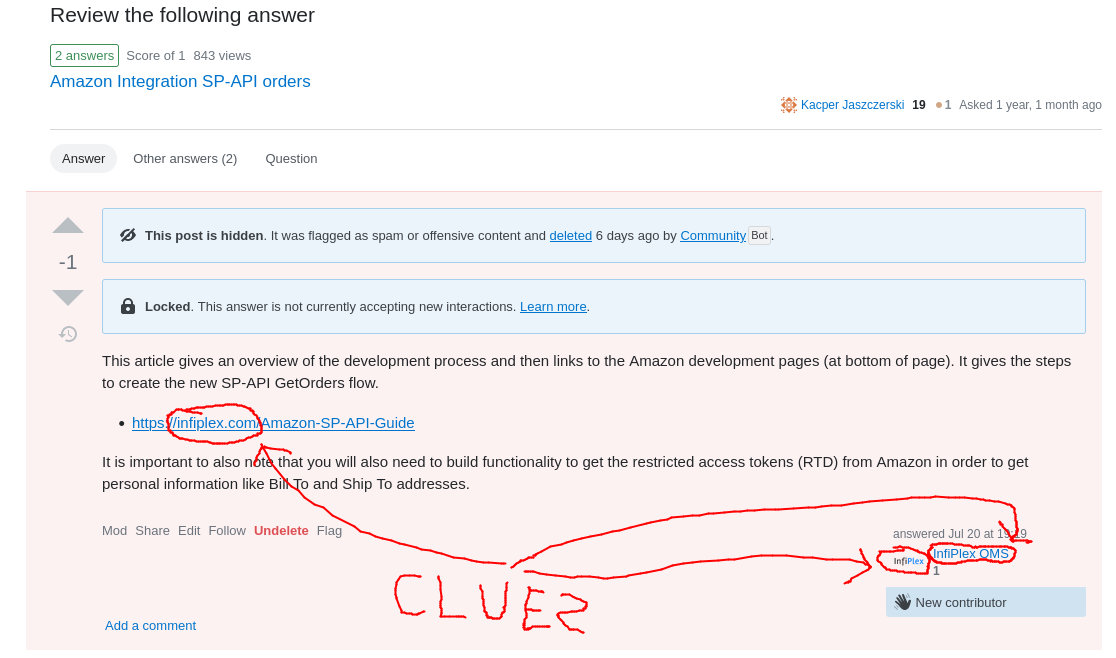 As for the suspension, it was fully automated. Specifically, it was the result of you failing two review audits (i.e., posts that the system "knew" were bad, presented to you for review as a test, and you failed).

At best, that is "not an answer"—the answer part is hidden behind the link. All you have there is a stub containing the link itself, not an actual answer to the question. More likely, considering the clues, it's spam. Either way, indicating that you believe a post that fails to meet our quality standards should be removed would have passed the review audit.

Not the answer you're looking for? Browse other questions tagged discussion support review spam review-suspension .