Why was this answer deleted by a mod? 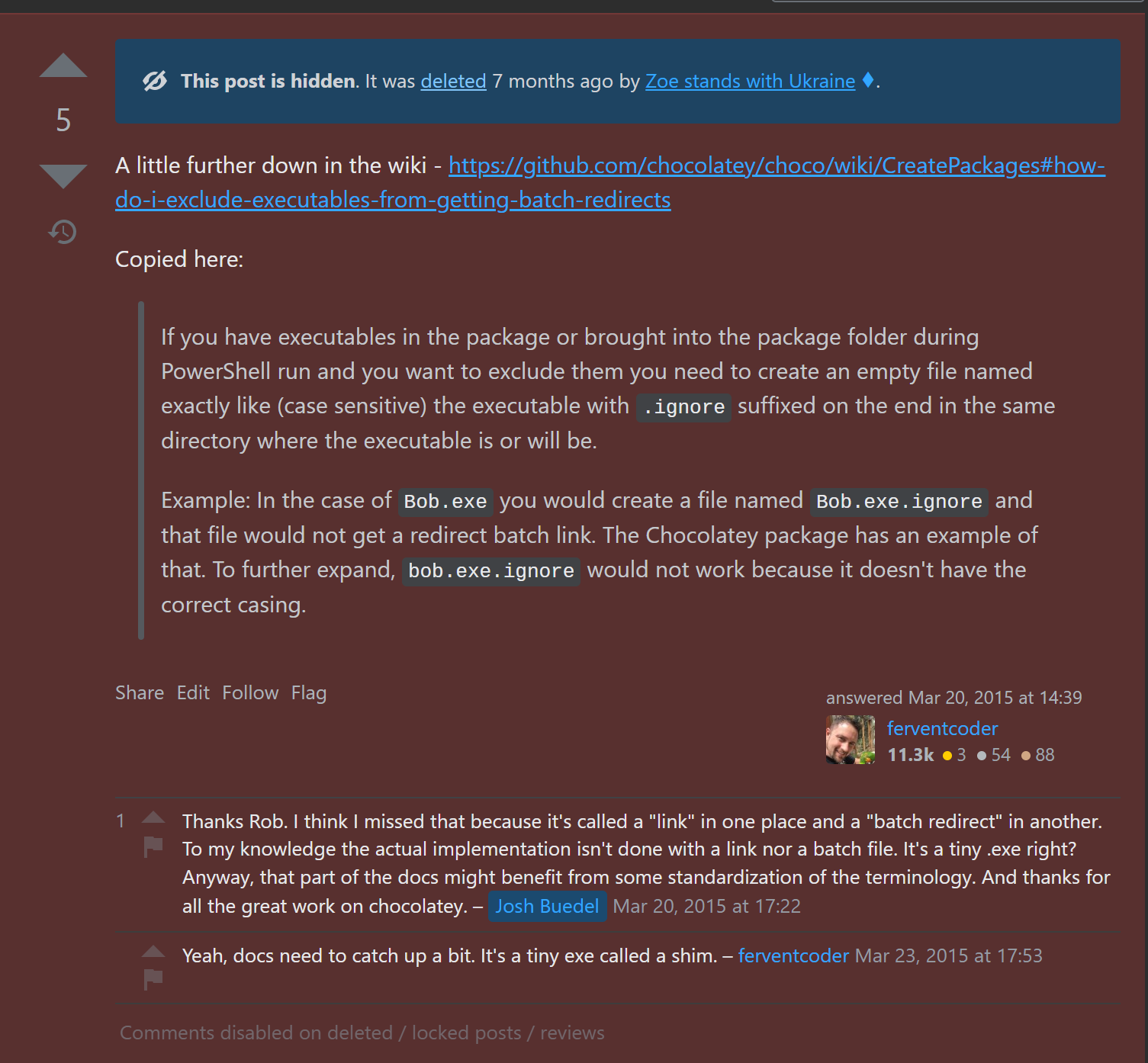 Seems totally fine to me and even has 5 upvotes.

Our policy has always been to discourage quote-only answers on the basis that usually an ideal answer to a question will consist of more than just a quote from the docs. But we've never outright forbidden quote-only answers, in part because sometimes a quote from an external source does completely answer the question, and there's nothing more that can be usefully added.

Consider the example of good quoting from the Referencing docs:

According to Ernest Hemingway - Biographical on Nobelprize.org, Hemingway saw combat when he was a teenager. It says:

After the United States entered the First World War, he joined a volunteer ambulance unit in the Italian army. Serving at the front, he was wounded, was decorated by the Italian Government, and spent considerable time in hospitals ....

[other sources, quotes, explanations, etc. necessary to complete the answer]

Well, what happens if in fact the quote is a sufficient answer to the question already? Then no other "sources, quotes, explanations, etc." are "necessary" to complete the answer, and so, strictly speaking, the "[other sources, quotes, explanations, etc. necessary to complete the answer]" section can and should be empty. And then - as a result of strictly following the instructions in the Help Center - you're left with exactly the kind of quote-only answer that this Meta question is about.

Boltclock endorsed the position that quote-only answers are okay back when he was a mod - see https://meta.stackoverflow.com/a/321326/1709587:

Granted, there are some situations where indeed there isn't much more to be said than one or two well-written paragraphs from a documentation section or a language specification. That's fine, you're not going to get into trouble for doing that every now and then. Just remember that you still need to provide attribution and quote the text as required above.

Boltclock's position is consistent with the official rules in the help center, which don't at any point say that quote-only answers are outright banned or must be deleted. It also seems to me like common sense. After all, what's the alternative? Is ferventcoder supposed to quote the official docs and also include a paraphrase of them? Why? What purpose would be served by that?

The answer should be undeleted.

The answer's first accusation was plagiarism. Given that the answer linked and sourced the content, this accusation should be thrown out. The author of the post was also active with repo during that time. Most probably, He quoted himself.

That leaves us with the second accusation: "Link only post, entirely quoted from external source".

Answer posts that do not fundamentally answer the question may be removed.

There are six clauses written explaining what doesn't "fundamentally answer" the question. The only clause that's relevant here is the fifth one:

barely more than a link to an external site

One could accuse the answer of being "just more than a link". But the guidelines explains this clause further:

(i.e. the actual answer is not included in the post)

The actual answer is actually present in this post. If the answer only presented a link and said "Go here and read", I would say that's "barely more than a link" and should be deleted. But this is no where near such a scenario. It's a focussed answer to a question, which even users unfamiliar with the subject can understand. It should not have been deleted at all, especially not by a single vote. Given the upvotes, it also significantly added value to the community.

Then, there's another guideline in the plagiarism section:

"In particular, answers comprised entirely of a quote (sourced or not) will often be deleted since they do not contain any original content."

Even if we were to follow the letter of the law, rather than the spirit, the rules allow leeway in this case. "Often" here doesn't mean "always". It implies that there are cases where it'll be left alone or another action should be taken, such as editing to improve the post. This answer is a prime example where ruling in favor of leaving it alone, is more than reasonable. The question is already linking the documentation and asking questions about it. The answer is quoting the documentation. What difference or what value would be added to the answer, if the poster (who probably is the author of the original quote) repeated the same in different words?

The answerer is the original author of those docs. He was quoting himself.

You can click through his SO profile to his GitHub account which has the same username and profile picture. It makes sense that he's answering questions on Chocolatey, given he's the guy who made it.

Is it technically a link-only answer? Sure, in as much as it doesn't add any additional content to the docs. But what additional content is FerventCoder supposed to supply? He's already considered and answered the question in the documentation he wrote. The only information worth adding is "RTFM"

The content on Stack Overflow is licensed CC BY-SA. If the person posting an answer does not have the right to grant that license to the quoted content, that would be a problem that could justify deleting the answer.

In this case the answerer is also the author of the quoted material, so obviously they do have the right to grant the license. But that would not be obvious to someone reviewing the answer without putting some effort into tracing the source.

593
Question with no answers, but issue solved in the comments (or extended in chat)
66
What do we do with answers that are entirely copied and improperly attributed (only a "reference" link or similar is included)?
18
Did this answer require the OP to disclose affiliation?
19
How to reference material written by others - clarification
-23
A Stack Overflow user said using this site is like cheating - How so when it's my own question?