I noticed that the post Why Perl is still relevant in 2022 contains an SVG that is inaccessible to a number of users: 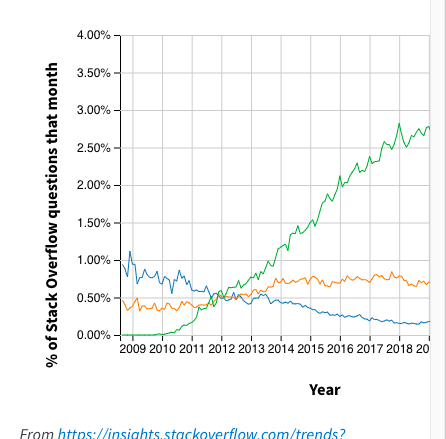 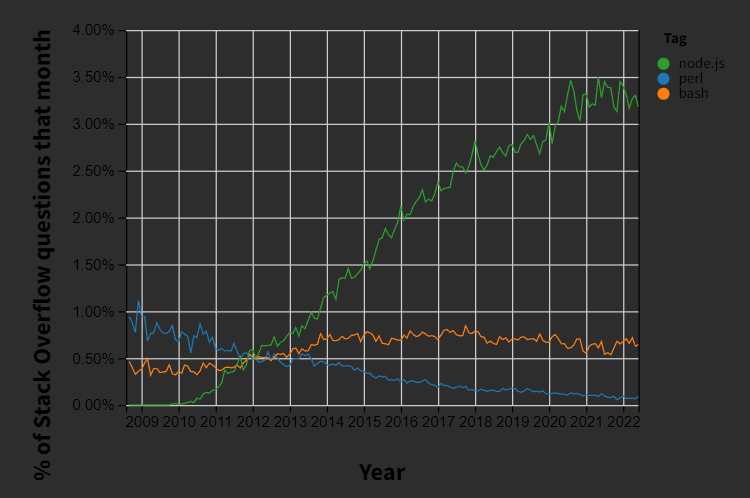 I didn't look through any of the other blog posts, but if SVGs are handled the same anywhere else, they need to be changed. A quick fix (albeit sacrificing a little image quality) is to use a screenshot of the image from light mode with appropriate alt text.

Additionally, the link underneath the graph should be formatted instead of a bare URL.

Asked and answered: the results for the 2022 Developer survey are here! has similar issues: it has three charts, all of which could easily be described in text. All three are simply described as "Chart".

For example, this image:

Unfortunately, this lack of useful alt text seems to be par for the course for the blog. To their credit, they got the alt text for one image correct: the first image is a pull-quote from the text above it, and thus its blank alt text is correct, as it's purely decorative. However, blank alt text is frequently misused on the blog for images that simply did not have alt text written.

Not the answer you're looking for? Browse other questions tagged bug status-deferred images blog accessibility .