Please reopen this question that was improved by the community

A couple years ago, this question was discussed on Meta. As a result, substantial improvements were made to its content, and the dominant community opinion seems to be that it's now good enough to leave open. It's a common enough problem that can be a little hard to diagnose (especially for beginners and in some more complex cases), meaning the question provides quite a lot of value for developers who encounter similar cases.

Unfortunately, it has since been closed. Please help reopen it. I would like to, but I'm blocked from casting a reopen vote due to having previously done so.

It may also be worth adding a moderator note, or at least wiping the comments and leaving some authoritative commentary referencing the previous Meta question. Particularly since it seems to have gone through a couple of close/reopen cycles already.

That's a typo question! The answer is literally "Your code is fine, fix your JSON".

We get questions like this all the time, and seeing as it's not the top result when searching Google for "python parse json stack overflow", I don't see it as a particularly useful signpost, either.

The question doesn't require any more answers, so what reason would there be for this question to need to be re-opened? Last time it was closed, a mod closed it...

It currently has 9 deleted answers, and (at least) one answer that doesn't even answer the question.

(I'm also a little disappointed that this meta question has been acted upon, before any discussion took place)

As an alternative proposal to what to do with this Q&A that bypasses the admittedly divisive discussion on whether it should be reopened, it can be:

The problem with the Q&A under discussion is that, originally, it was not about the malformed JSON at all (substantiated by the use of json.loads that raises the JSONDecodeError, of which there originally was no mention, and the OP's claim that their script "prints all of the json text"), and was likely commonly landed on by users in search of a solution to a common problem of reading and parsing files containing JSON strings.

An good indicator that this was the case is the voting history on the post, where the bulk of the score was accumulated before the edits were made: 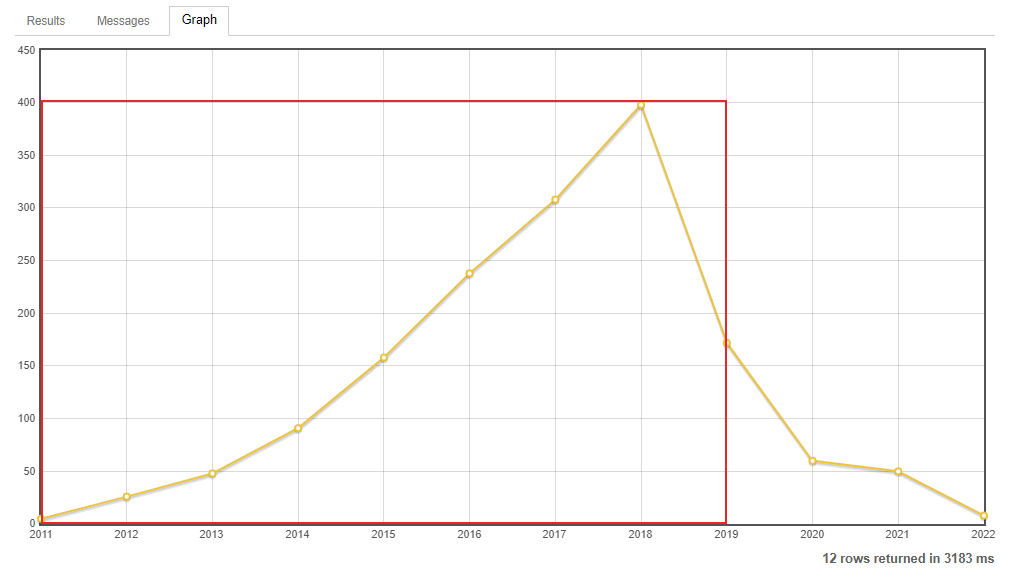 The edits that made the Q&A explicitly about the malformed JSON happened in early 2019 (specifically, revision 13) and put the Q&A in a scizophrenic state: most of the answers on it started to look like they are glossing over the obviously invalid JSON.

While the edits did, indeed, improve the overall quality of the post, they also seem to be the source for the close / reopen shenanigans that ensued (note the distinct cutoff when the close / reopen cycles start in the post timeline — right after the edits) as they did made the post seem to be "not reproducible or caused by a typo".

In its original state, though, the question and the answers significantly (significantly might be an understatement — they seem to cover the same ground) overlap with another prominent Q&A: Reading JSON from a file? This suggests that, to cut this Gordian knot, they can be merged to form a strong canonical on parsing JSON files in Python.

However, some of the answers on the Q&A under scrutiny contain references to invalid JSON, which is where the second part of the proposal comes from: to simply remove the references after merging as none of the answers' focus is explicitly on the malformity.

Since the proposal requires involvement of a moderator to be enacted upon, a less involved alternative is to close one or the other to serve as a signpost and clean out the references to invalid JSON.

I went back and read the previous Meta discussion on this question. At that time, the question was at revision 9, looking like:

I have this JSON in a file:

I wrote this script which prints all of the json text:

How can I parse the file and extract single values?

(I took the liberty of removing some blank lines and converting to code fences, but that's substantially what the text was.

Now, keep in mind that this was already 9 years after the fact (ignoring the revoked revision 10), and that the evidence shows that OP walked away satisfied almost right away. While the English is a bit hard to understand, it comes across to me like OP had previously tested the code with working JSON, but used a non-working tool written in Java to produce an example for the post. At any rate it's clear that OP was able to get a result from this code, and not an error message. There is no way that anyone could mistake a Python exception traceback for "all of the json text". (Furthermore, the stack trace added later - one produced by the modern json library on the example input - differs significantly from what OP could possibly have seen; JSONDecodeError didn't exist in 2010, except perhaps as part of the third-party simplejson.)

If we imagine corrections for the typos in the JSON, then the actual question being asked was, very clearly, about how to manipulate the data result. Here "single" is evidently meant to mean "individual" or "specific". OP seems not to have understood that using json.loads parses the data, in the actual sense of the word; perhaps this was due to an idiosyncratic idea of what the word "parse" should mean.

There's another clue: revision 6 removes the word only from the description of the problem ("but it only prints all of the text"). The natural interpretation is that "only" was meant like "merely" or "simply"; i.e., using pprint displays the result, but the goal is to use it.

So, it's not actually that hard to figure out: the fourth complaint is the result of an ESL OP making entirely understandable and actually quite minor word choice errors while trying to express a complex idea; and the second and third complaints are actually more or less spurious - the question didn't need an example input in the first place because the question is just about what to do next. The first complaint is valid, but the real intent was still missed. The changed title shifted from "how to do this" to "why doesn't my attempt to do this work", which was a step backwards - because it did apparently work (despite a broken MRE), and because "this" was a red herring.

Okay, but what kind of "usage" did OP have in mind? Again, consider the actual wording: "extract single values". Making allowances for the strange word choice, I can only understand that to mean, in essence, a question like How to extract a single value from JSON response? (which I recently polished up). In a world where we were all really good at these sorts of things, I figure, the question would have been dupe-hammered in 2012.

The top answer got around to that eventually, after figuring out what OP meant - which, presumably, is why OP was satisfied at the time, and left a deleted answer (converted to a comment, then deleted again) to say thanks. Thus:

With data, you can now also find values like so:

If the goal in general is to make questions into the best possible version of what OP wanted to ask, then it is absolutely not true that "substantial improvements were made to its content" after the first discussion. That discussion ended up totally misinterpreting the context of the problem. If it wasn't the goal to bless a "how do you read and parse JSON?" canonical, then the correct strategy would have been to fix the JSON in the question (or actually remove it entirely), improve the English further, and remove basically everything from the entire answer section aside from the last paragraph of the accepted answer, i.e. the bit I quoted above. (Or the last paragraph of the second most popular answer, which is effectively identical.) Pretty much everything else is tangential, after all. It comes down to OP's apparent misunderstanding of the word "parse", which drew in people who knew how to do the thing described in the title.

However, there's a nagging voice in the back of my head telling me that maybe this isn't the best way to deal with questions that are 12 years old, have thousands of upvotes and millions of views, and were mostly misunderstood and misinterpreted for most of that time.

The question was reopened, apparently in response to this post... and then closed again mere hours later. This is the fifth time it has been closed. I don't know if that is a Stack Overflow record, but it certainly seems like an exceptional case. Clearly there is some controversy here.

I have noticed with new questions that it happens all the time that OP asks "how do I do X?", with code that is the straightforward and normal way to do X, and it's actually a debugging question in disguise. I have also noticed that it's usually very hard for debugging questions to be really good questions.

That doesn't make all of them useless, however. It took me, personally, embarrassingly long (without cheating by looking at the answers) to realize what is wrong with the putative JSON data presented. We're all accustomed to JSON data being emitted by standardized tools, but in the real world that doesn't always happen. If you know that some API consumes JSON and you want to test it, you might just hand-craft something simple in a text editor. Plus, there will always be someone in Yet Another Obscure Environment who needs to re-implement those tools

In my view, for understanding file formats it's important to have not just the official documentation, but "reverse documentation". Just like how API documentation directly explains "X() does Y" but usually you have a long search for "if you want to do Y, use X()", documentation for file formats (and language syntax, for that matter) typically explains what is valid, but leaves what is invalid implicit. If there are common patterns in how people inadvertently produce something invalid, it's useful to have a guide for noticing and understanding the problem.

As far as I can tell, we have nothing like a canonical for JsonDecodeErrors in Python caused by malformed JSON. The most-canonical-looking thing I can find is JSONDecodeError: Expecting value: line 1 column 1 (char 0) for empty data, which is a distinct case with separate causes and a clear "red flag" (the error is reported at line 1 column 1 (char 0)). There's also Handle JSON Decode Error when nothing returned but aside from not having a proper MRE (the correct input to show for an MRE, as described, is an empty string, instead of the perfectly valid input shown), it's really just a generic "how do I handle exceptions?" question in disguise. (And again, the fundamental problem appears to be empty data, just that it's being parsed with simplejson instead.) There's Displaying better error message than "No JSON object could be decoded" which is closely related, but also out of date (it does not at all reflect the current reality, and it would be non-trivial to even figure out what versions of Python are affected by the described problem(s)).

So, here is my proposal: Make this the canonical for questions about malformed JSON.

Not the answer you're looking for? Browse other questions tagged support specific-question closed-questions reopen-closed .

56
What should be done about this immensely popular but terrible and misleading question?