Looks like someone is abusing the votes, should I care?

I'm looking at the newest question and I see quite a few questions in a row all upvoted but some have just 3 views which is very rare to get upvoted within a minute.

And when I look at the actual questions, some I would downvote or ask for more details. 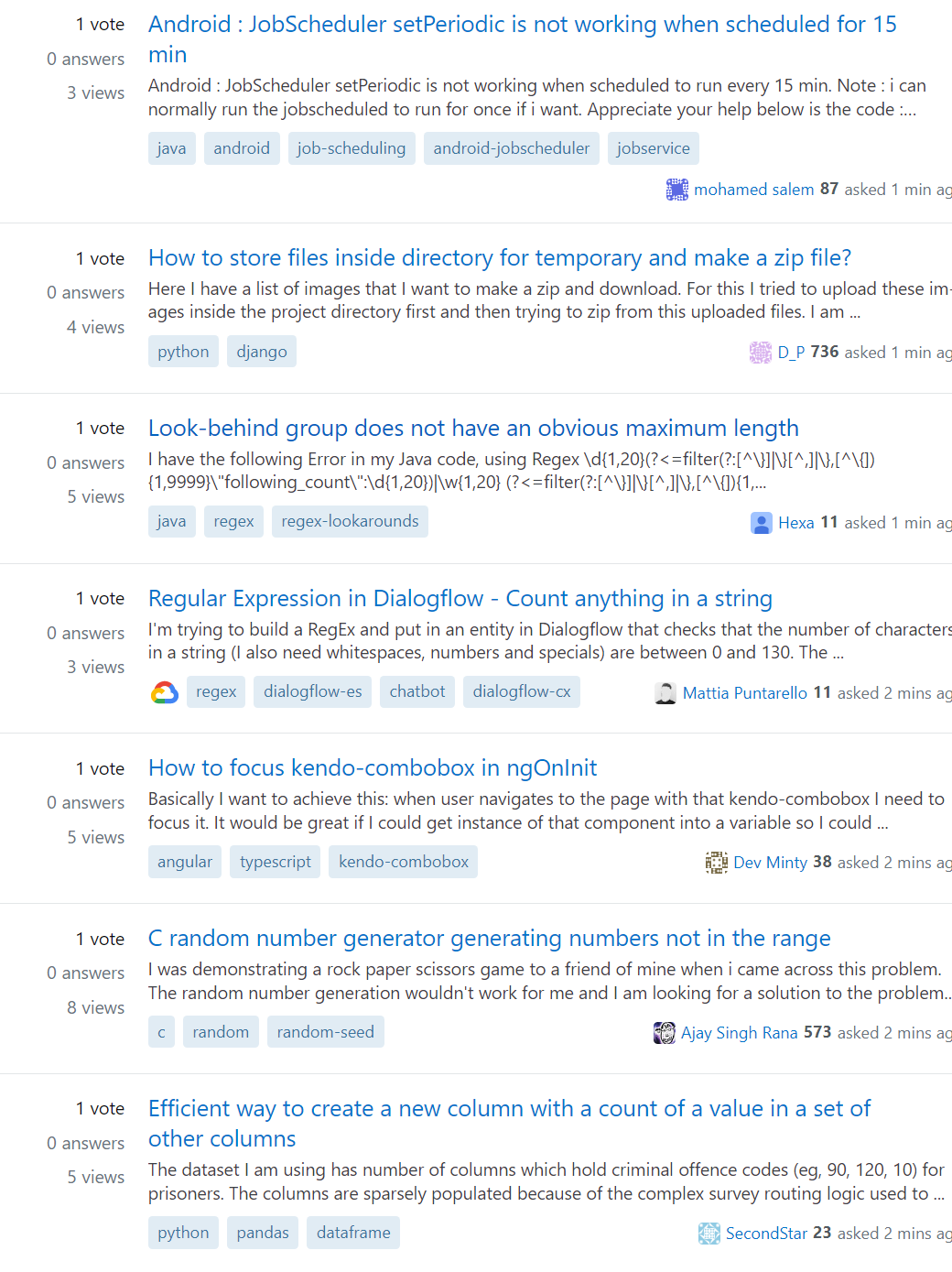 Is there anything I should do? Or would you say "Mind your own business"?

I'm thinking to myself why don't I ask a question now to get some upvotes :).

Twice I've flagged suspicious upvotes on bad questions, noting that it's unlikely anyone would have upvoted the question in good faith.

The first time (April 30) a moderator marked it "helpful", the second time (Jun 3) "declined", asking me to only report if I'd noticed a voting pattern myself over more than one question. I don't know if this was due to changes in moderator workload, or just that the first question was handled by moderator deletion and thus the flag was marked helpful for the wrong reason, not for the voting report.

In your case, it's different people's questions being upvoted by (perhaps) one user, across various tags, so probably not a voting ring or sockpuppet. Hopefully a moderator will answer this meta question, but they may not have time to look into reports on a string of votes like this which may be innocent.

As commenters pointed out, it's possible someone was just feeling "generous", and voted this way without considering the content of the questions. That is not the intended purpose of upvotes on Stack Overflow, but it isn't something that moderators police; it won't get a user suspended. (I still don't recommend upvoting low-quality posts, that defeats the purpose of post score and makes future searches harder to filter.)

The first time I flagged, on a total garbage question where I couldn't even tell what they were asking (in the [assembly] tag), a moderator marked it helpful. The upvote came within minutes of the question being posted, which makes it more suspicious for a relatively low-traffic tag without a huge number of regular users watching it.

(My suspicion was that a sockpuppet account, or a classmate, was upvoting it because of who posted it, not because of the content. Voting rings, and voting for yourself via another account, are both disallowed on SO.)

Suspicious upvote: This question is total garbage, and obviously so. Meaningless title, no question asked, no text. I can sometimes guess what an unclear question wants, but there's nothing here. (The code-dump is 32-bit NASM for Linux in the first half, then 16-bit MASM for DOS in the 2nd half. Obviously copy/pasted, and neither half is HLA). Whoever upvoted this might have just thought asm is nifty, but make me wonder if a classmate upvoted this for this person not based at all on quality. – Peter Cordes Apr 30 at 7:23

It was then closed and deleted by Martijn Pieters♦, so perhaps the "helpful" status was based on the "very low quality" aspect, rather than the voting report.

The second time, I flagged a bad question which didn't specify an architecture. (That makes an assembly question unanswerable; it would be like asking for someone to do your homework for you in "a C-like language", but without specifying whether it was C++, Java, C#, C, Objective-C, or whatever. Or which set of libraries to use for I/O.)

possible voting irregularity: most reasonable people wouldn't have upvoted this (1 upvote within an hour of posting). A trivial but totally vague question, no architecture specified. And looks like homework with no attempt. – Peter Cordes Jun 3 at 6:37

declined - A single vote is not enough to draw any conclusions. I see nothing obvious here that would point to secondary accounts. If you find more evidence, please flag it again.

Not linking this one to protect the guilty, since it's not deleted, only closed as a duplicate of a Q&A for a random architecture. The querent did later comment with what assembler, but didn't bother to edit their question to improve it in any other way.

Since it was already closed, and could have become a decent question with an attempt, there wasn’t any need for moderator action other than the voting.

8
Is there a better course of action for when detecting an unusual surge of complaints about downvotes around a specific tag?

199
Why does it seem so hard to accumulate upvotes on Stack Overflow?
14
What should you do if someone starts upvoting your posts as in gratitude?
30
A better understanding of the Sportmanship badge
63
How to highlight difficult or old questions and then reward the answers?
33
Serial voting reversal does not reverse the votes, just the reputation. Why not?
1
Why do my questions often get upvoted while my answers get downvoted?