Should we burninate the [i] tag?

Recently I started seeing Python questions tagged i (example: How to create a background mask from numpy array?).

They seem to involve iteration like for i in collection. When I hover over this tag in a question, I see that it has "573 watchers, 2 questions". However, it doesn't have a tag wiki or any explanation of what it's supposed to mean. The tag's page is often empty because there are no questions tagged with it. Yet it still emerges sometimes.

It's just one confused user posting one single post; just edit it out from the post and it will get cleaned up automatically. Zoe already fixed it, problem solved.

Lets talk about this bug though... 573 watchers, really? 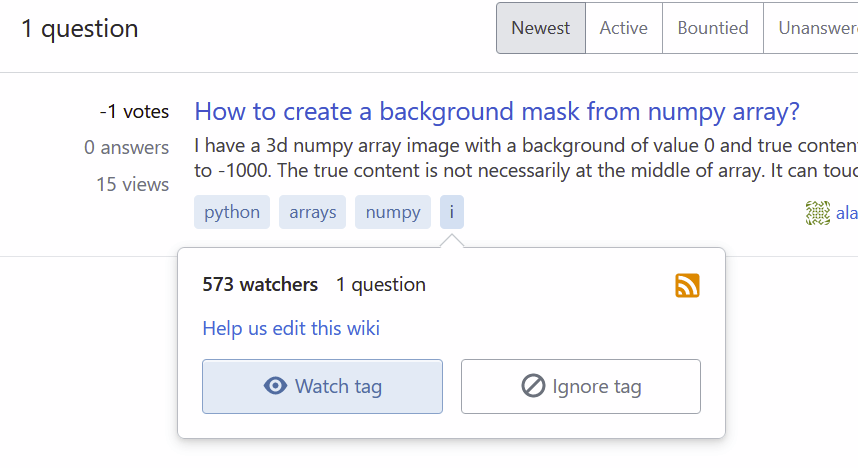 This screenshot was taken from the (now deleted) i tag list of questions.

The i tag is now blocked. Further investigation into the larger bug mentioned in the comments is underway.