How can I help users who say their effort to provide a reproducible example was rejected by the spam filter, possibly because of Chinese characters?

I asked a user to provide a minimal example of their data for their question and they replied saying that it was rejected as spam - perhaps because it contained Chinese characters. This is unfortunate as R is used a lot for natural language processing for non-Latin alphabets.

They initially shared the data in a slightly awkward format and said the spam filter rejected it when they tried to upload it in a more reproducible dput() format.

Is there anything I as a normal user could do to help them provide an example that doesn't get rejected by the spam filter?

I tried to edit the example from the comments into the text and this error appeared: 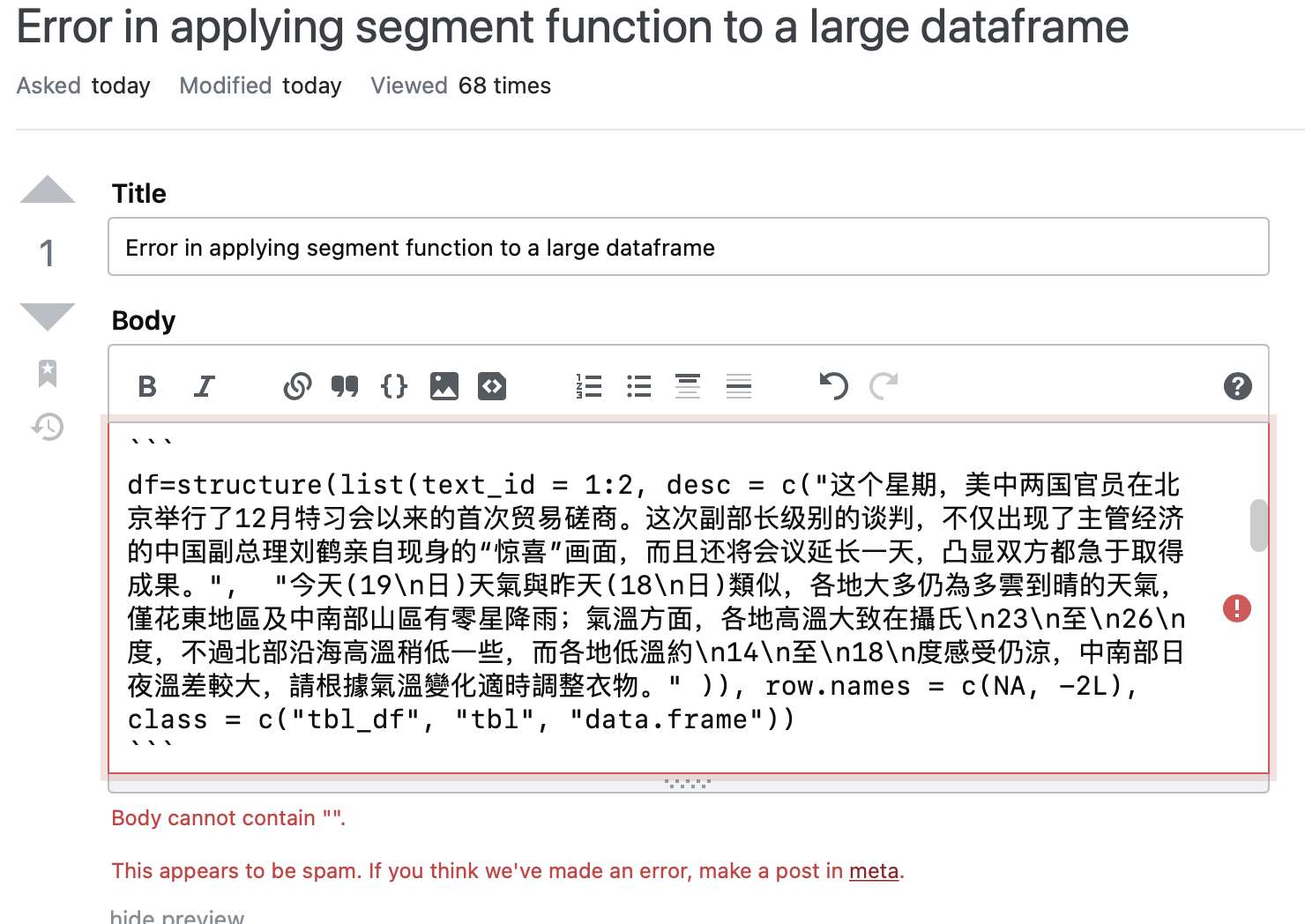