I understand this is a duplicate question with questionable quality, but I think using this as a test is fairly unfair. The following things tripped me up:

Whether you think I'm right or wrong, please let me know how you would review this. 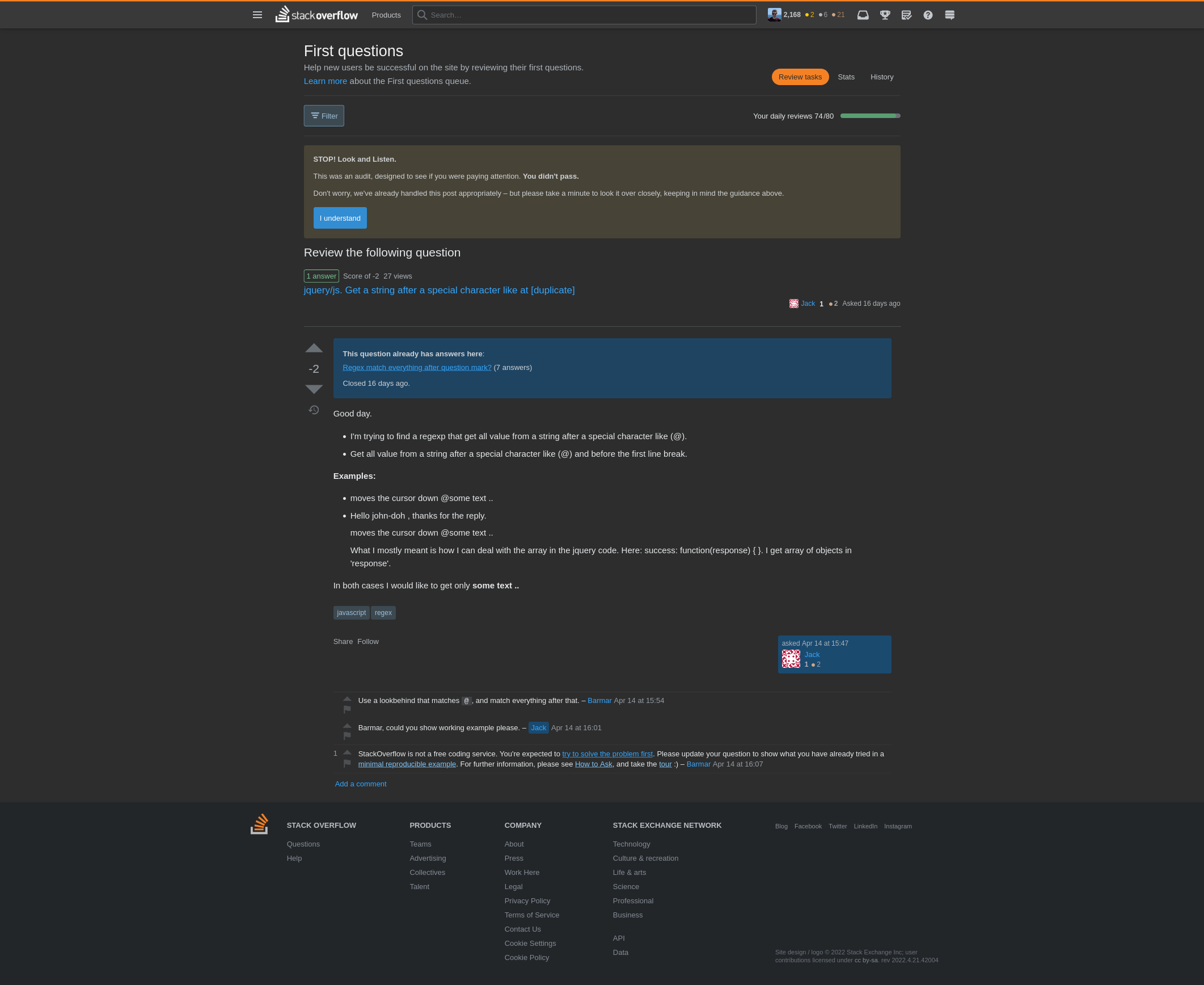 First, let me start by saying I don't particularly like Duplicate review audits. Excepting basic questions, they can be easy to miss if you aren't a subject matter expert. Note that using tag filters can help by providing reviews for tags you are interested in, although audits from other tags can be slipped in so watch out for those.

That said, this question revolves around regex which are among the most asked questions on the site. Most of those have been asked before for most regex engines so I would have at least searched for a dupe target on my own for this one. That said, you don't have to choose Looks OK if you don't see a problem. Skip is an option and should be used on posts you aren't confident in judging (not that you should have in this case, I don't know your personal expertise). Interacting with the post in other ways, such as commenting, voting on a comment, or voting on the post itself enables the Other Action option as well.

In the case of this question there are other problems with it aside from its duplicate status. The user was essentially asking for code (in the form of a regex pattern) with no shown attempt, and gave examples for the desired behavior. Upvoting the comment by the user asking for OP to provide their code or providing your own comment would have enabled the Other Action selection. Downvoting also would have done this.

Edit would have also been a good action to add some formatting to what OP provided, particularly with the example output they requested. Even though the question was in bad form, we can still make it read better.

5
Review audit failure
7
Faulty review audit?
31
How are audit posts selected? Should audits be more "cut and dried"?
15
Was this review audit valid?
7
Should this (partial) answer be an audit in the Low Quality Posts Review Queue?
23
Why did I fail this first question review audit after choosing sharing feedback?