Was this post closed then deleted for a valid reason?

I understand questions are closed as dupes if the community feels that a similar question has been addressed in another question, but, I find myself discombobulated regarding a recent post deletion which I provided an answer for.

Usually, I would not mind such an event and would move on, but, I find this one weird and would appreciate comments as to why it was a valid closure/deletion. 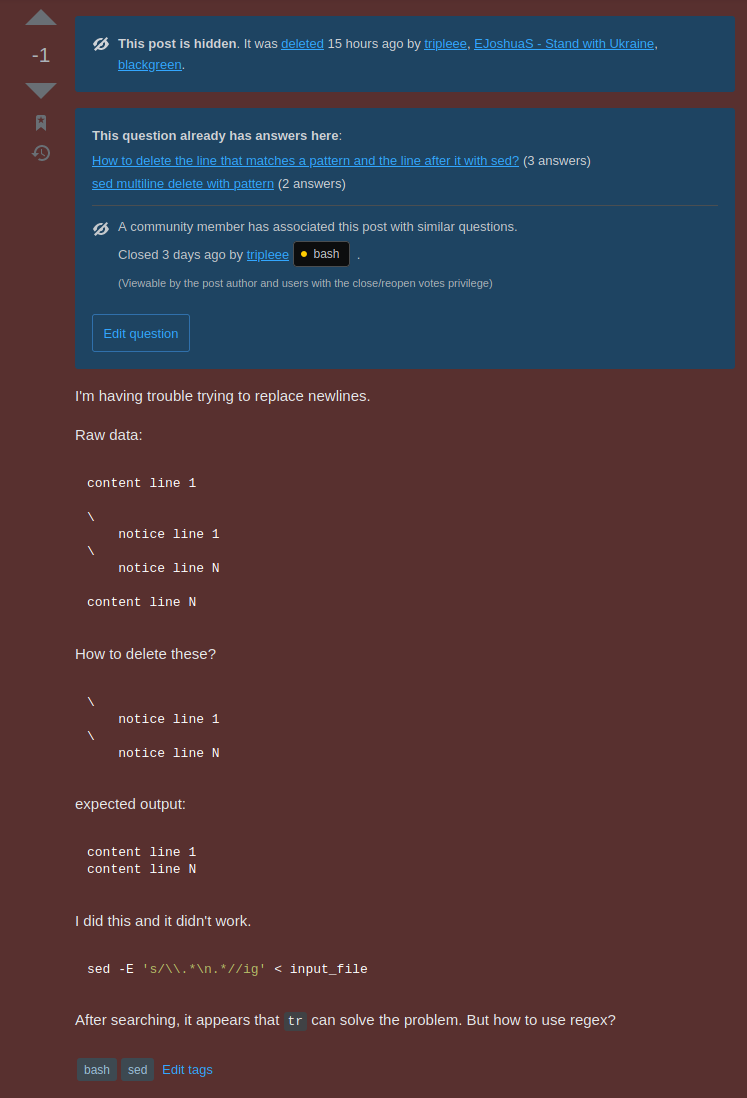 By this point I had given up as it seemed the user that closed it may continue to find similar posts that did not actually address the problem and left it closed as a duplicate.

I was the one who brought it up on SOCVR and requested others to review it for possible deletion. 1

My reason for doing that is that the OP never came back to clarify their precise requirement. I repeatedly left comments to request them to provide more details but they never delivered fully.

The fact that the OP accepted your answer complicates the matter, but not in a good way. If their requirement was unclear, this answer is not going to help people who look for help with the question they actually asked. And in the meantime, we have a massive number of existing variations of "how do I remove a multi-line pattern from a text file", many of them using sed with more or less inscrutable solutions which are probably not understandable to beginners or even intermediate sed practitioners without further explanation.

I don't necessarily think the pool of possible signposts for these types of problems is completely saturated already, but I would look for a clear question with a clear and detailed answer, and strive to remove the rest as noise. Part of the problem with finding existing solutions which actually work is that there are so many low-quality duplicates already in these tags.

1 The SOCVR chat room admins move requests to a separate archival room when they are processed or too old, so the link is now to that "graveyard" room.

I'm not seeing a rationale for deleting the question either. Seems like it would make a serviceable sign post for someone else looking for ways to replace newlines in specific contexts.

The only exception to deletion is for the post to hold value. The "value" of duplicates being that they offer something unique to the existing content on the site: either they have answers that deserve preservation, and thus merging, or that the question offers keywords that are not contained within the target and make it easier to find. This question is neither. 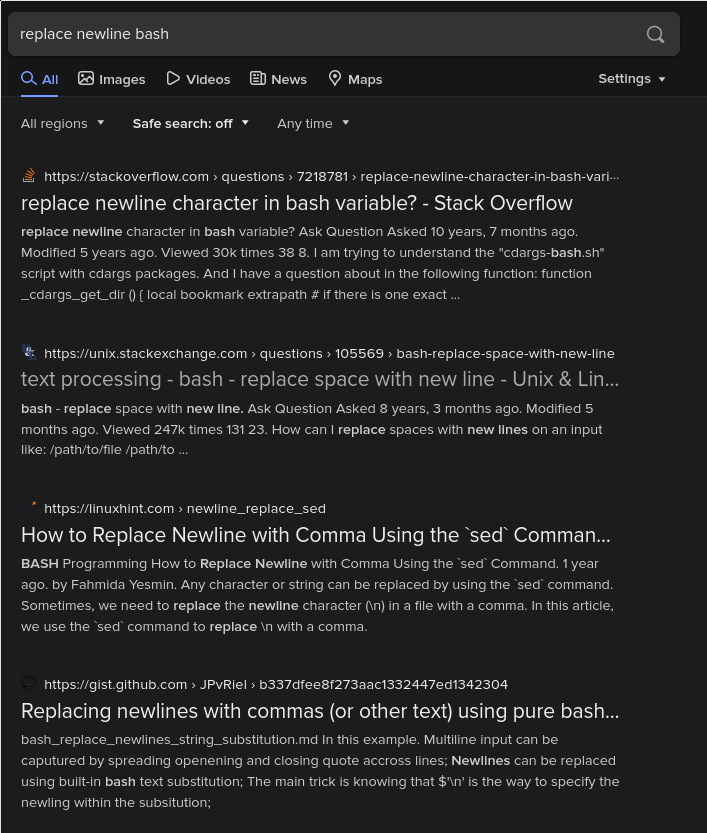 If the user had at least clicked either of the top two results on most search engines, they would have no problem. (BTW, the Unix and Linux one had the most wacky ways to replace strings in any input possible)

35
What can I do if I believe that my question was wrongly marked as a duplicate?
39
Request for clarification on moderation policy regarding deletion of posts under Meta discussion