It seems that the minimum 10 points rep restriction for posting inlined images recently was removed.

Example: someone can help me, I don't understand my mistake?

Showing those mostly useless screenshots only encourages new users to do that, instead of posting a mcve as actually required for most questions about code. It makes it harder to argue in comments, why that's generally not OK, because it can't be correctly indexed with any common search engines.

Here is the example above in its full glory for everyone: 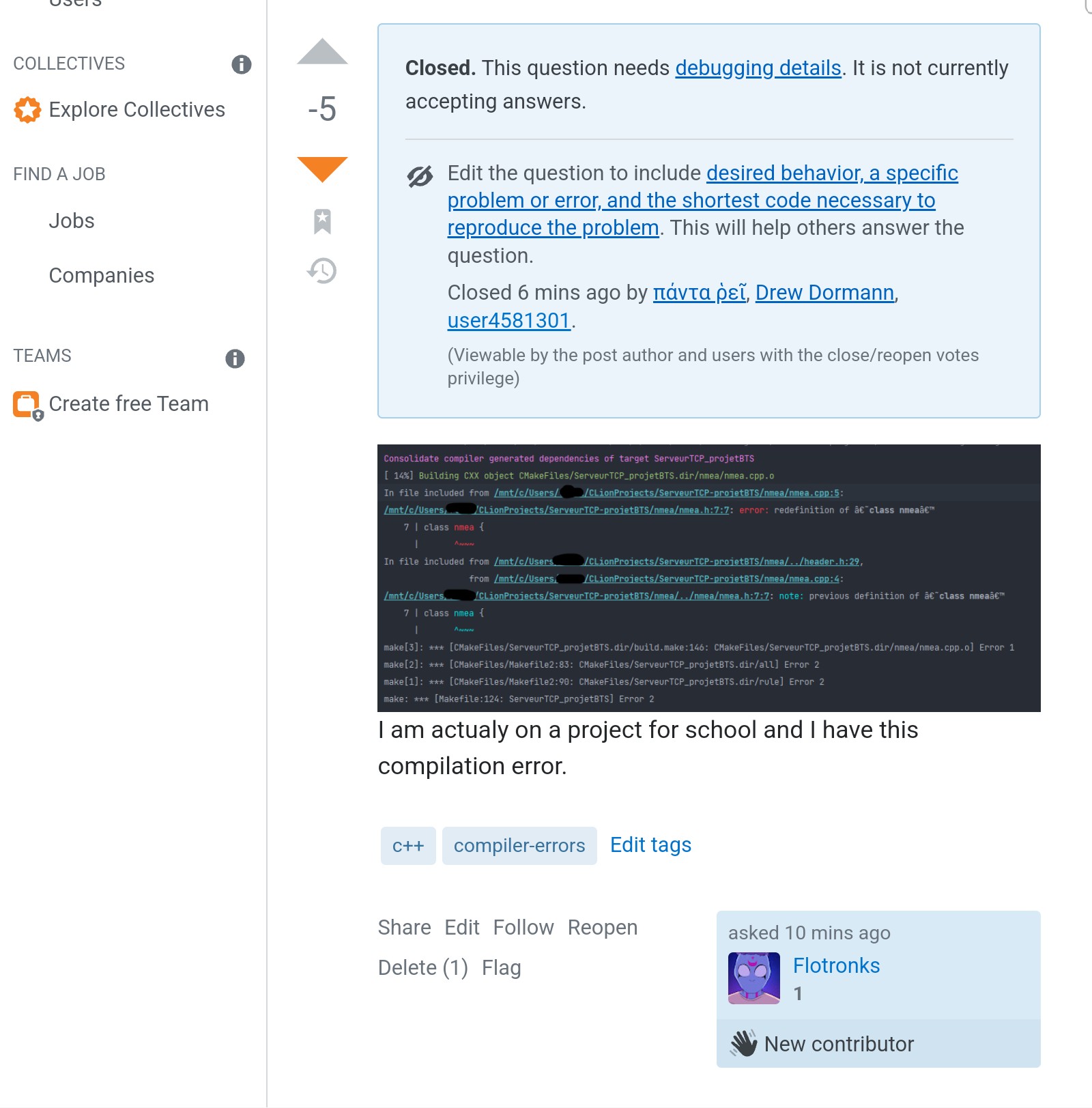 I don't believe this was a good move, in respect to have more quality questions and content.

Anyone to agree for rolling back that change?

170
Why should I not upload images of code/data/errors when asking a question?
0
Prohibit low-rep users from posting links to images

0
Allow high-rep users to directly vote to delete Very Low Quality answers
0
Prohibit low-rep users from posting links to images
29
Feature request: images / links to images of code warning for new / low rep users
26
Can we please have a shortcut for "Do not post code or errors as images"?
64
Please roll back the reintroduction of the rollback button in the post menu