tl;dr: Post scores in flag histories are not displayed on the same line as the question title, but only on some sites.

This appears to be a regression of part of The re-design has borked the user flag history page, which was marked status-completed.

Issue 4 was reported on Meta Stack Exchange: Could do with a space between the spam red box and text which follows in a user's flags list. After the MSE bug report was marked status-completed, a comment was posted stating on the MSO question:

then the MSO question was also marked status-completed, but since then there has been a regression.

At some point since February 2019 (when I posted this MSO question which displayed my flag summary with scores on different lines), the behaviour has been fixed on Stack Overflow: the flags seem to have the scores on the same line as the question title:

but the flags on Meta Stack Overflow have scores on a different line, and the light red div to show a deleted post doesn't align with the right alignment of the post owner: 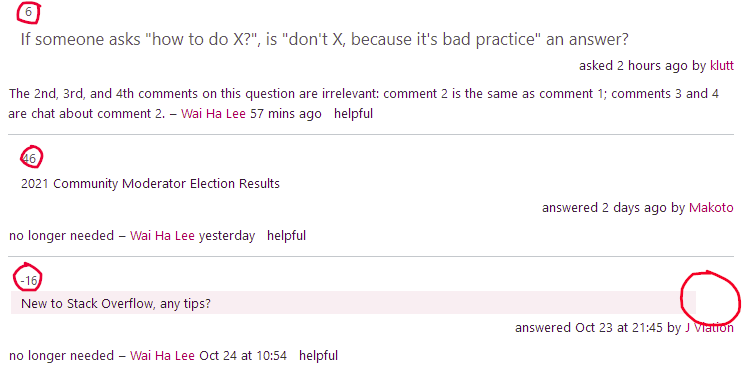 This doesn't seem to be a Meta/main bug as the scores are on the same line on Meta Stack Exchange:

and on Meta Super User:

Upon looking at the flag summaries on a few network sites that I've raised flags on, this doesn't seem to be limited to Meta Stack Overflow: