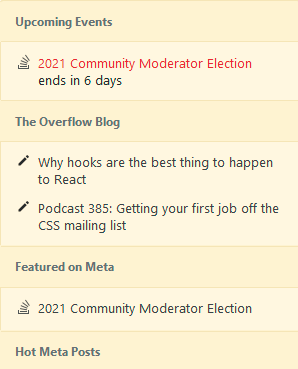 6
Voting eligibility requirements on election pages
45
Why is the reputation requirement 3000 in the moderator election nomination phase?
6
Only 10% voted this time, How to increase total number of votes/ voters in next election?
14
Many of the official links regarding the 2014 elections are dead
16
Why was the latest election mistakenly started three times?
32
Can we ask questions for Moderator Candidates here on Meta?