On finishing an edit from the Suggested Edits queue, I got a message about other saved edits, linked to the post I just edited from review, but there are no other edits listed other than mine and the edit I was improving. The author of the suggested edit says they didn't make any further changes to the post:

Nope, I just edited the post one time (added java tag), probably I had a second tab opened on another stack overflow page but nothing else if I remember well.

There's nothing in the timeline other than me improving the edit. So why did I get this message? 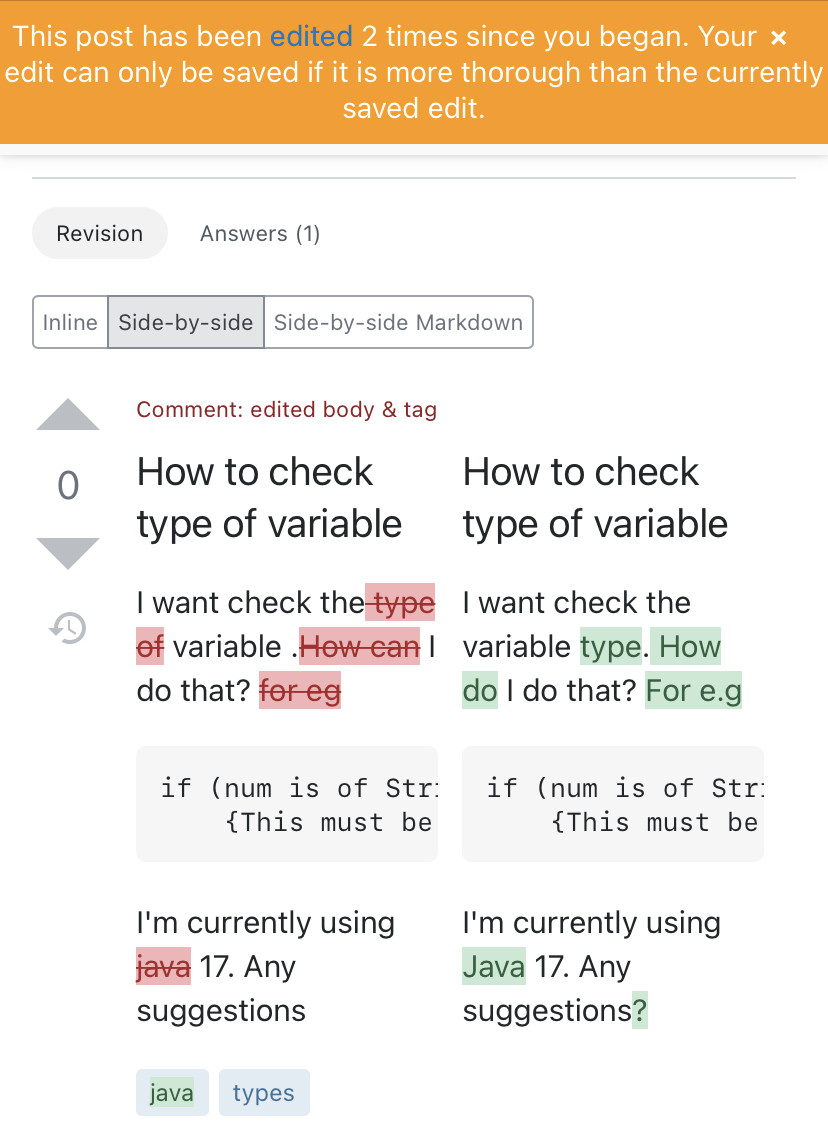 (The question shown in the image is not the one I edited but the one after it in the queue.)

16
When an edit is suggested on a post, is there a delay before it joins the peer review queue?
4
Which proper reason should I choose to reject this suggested edit?
15
"This post has been edited x time since you began" persists after saving the question