What should I do when I think my answer has been incorrectly erased by a moderator?

It is recommended if you have a similar answer to two dissimilar questions, that you tailor it for each question. In this case. I gave two different answers (1, 2 & 3) to two different questions, which were only similar in the fact that I reused the same sample code (and same first phrase) which was valid for both questions. However, I added multiple other comments related with each answer. 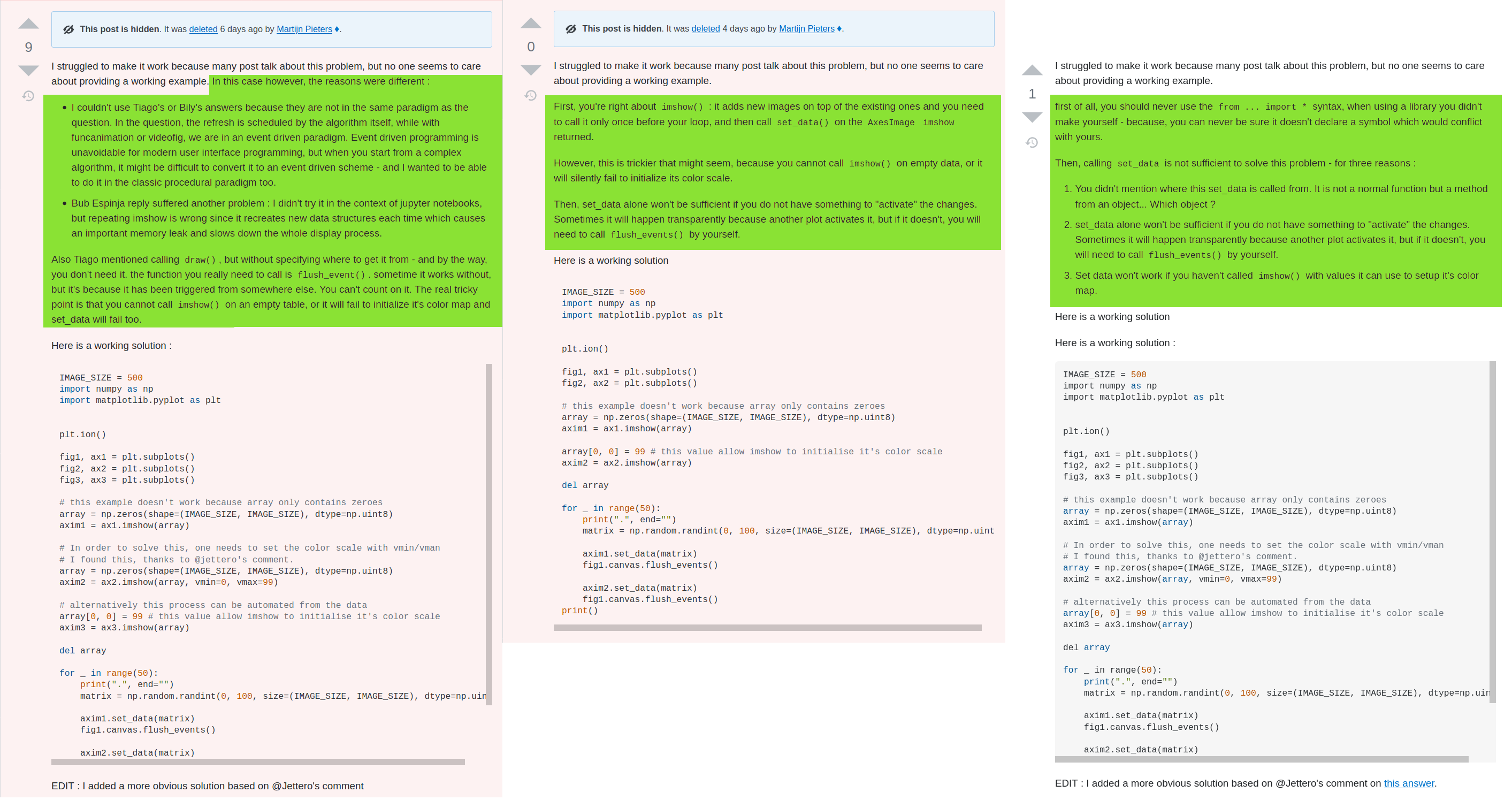 I believe these answers were deleted in error. Especially since the first one received very good reviews:

So… What is the correct way to report this problem?

So the claim becomes that even if it was to be considered that the other questions was similar enough to be removed, it still not nice to remove the one with many comments and upvotes and leave the nearly unseen one.

You've got a few options:

Use the "Flag" link below the post to request that the answer be undeleted, using the "in need of moderator intervention" option.

Post a supportdeleted-answersspecific-answer question asking the community to evaluate if the deletion was correct. Lots of moderators also frequent Meta, and will probably undelete your post if it's warranted.

For either option, you should:

3
How can I refute the deletion of an answer of mine for being a duplicate?
12
A moderator is closing a lot of questions that I think are on-topic, what can I do?
8
Mistaken deleted answer