In the suggested edit review, the user should be asked for a rejection reason when choosing "reject and edit"

As I'm starting to review suggested edits, I noticed, as would anyone else, the following popup that occurs requesting a reason for the edit rejection. However, when I click Reject and Edit, the popup does not appear. Is this for a reason? I am rejecting the edit just the same as when using simply Reject, so it seems to me it would be desirable to offer feedback using this same popup behavior. 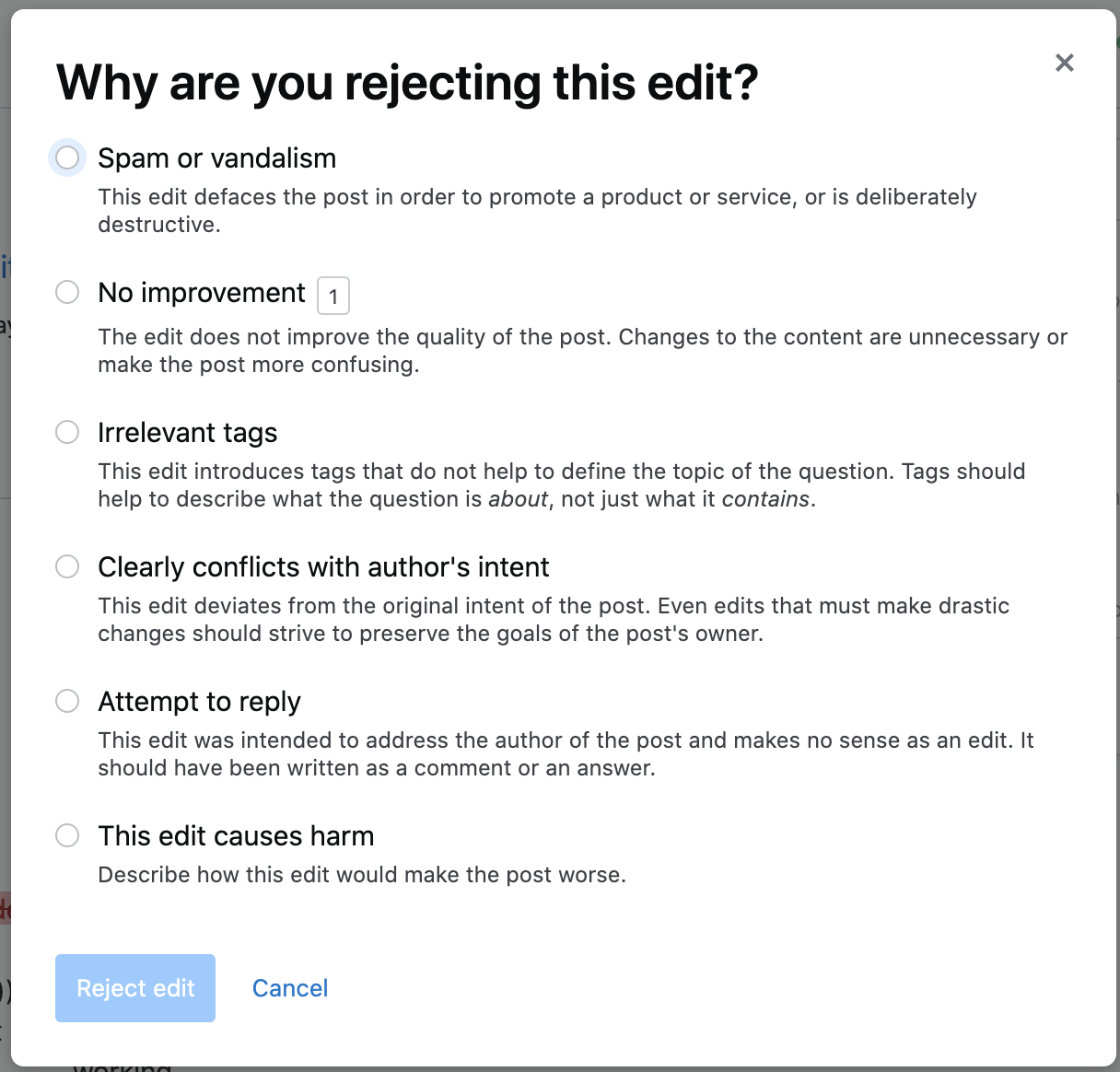 Rejecting an edit with your own edit implicitly tells the previous editor "you dun goofed". There's no need for additional context, because what exactly is the previous editor going to do with it? You've already overwritten their bad edit anyway - if they want to see how they goofed, they should be diffing their bad edit against your good one, not referring to some overly-simplified canned reasons.

If you want to provide guidance about the rejection, how is an example of what they should've done not the best case scenario? Rejection reasons are useful only when the post isn't improved and can't be improved. Rejection with edit guides the editor with a example of what is wrong with the post and how to fix it, making the user a better editor. The rejection reasons just tells you what is wrong with the edit, but not how can you make better edits.

I support this proposal. If I ever suggest an edit, and I am told that my edit did not fix the critical issues with the post, then I'd like to know exactly what those critical issues to fix are.

Sometimes it isn't too obvious what mistakes were in the post, looking from the revision history, and I'd rather get some written feedback from the editor. If you argue that a canonical feedback for "reject and edit" is useless, then why do we even have the popup in the first place? I've learnt a lot about editing just from those canonical reject reasons, so if an edit of mine was rejected I would think, "Ok, don't do these types of edits. ".

Aditionally, "reject and edit" sends a different message to the editor than just "reject". If I simply reject an edit, I'm saying that the post's meaning was changed, or that the edit had no use. But if I reject and edit, I am telling the editor that they not only made a bad edit, but they also failed to identify and correct issues with the post, which every editor should be able to do.

You could, in this case, briefly describe the motivation for your edit in your edit comment. This allows anyone reviewing the edit trail to understand what you were trying to correct about the edit you rejected.

Adriaan points out in a comment that the reject reason points folks to the review history, so there is some chance they would see the comment.

Not the answer you're looking for? Browse other questions tagged feature-request review suggested-edits user-interface reject-reasons .