I failed this review audit in the reopen queue; https://stackoverflow.com/review/reopen/29079569 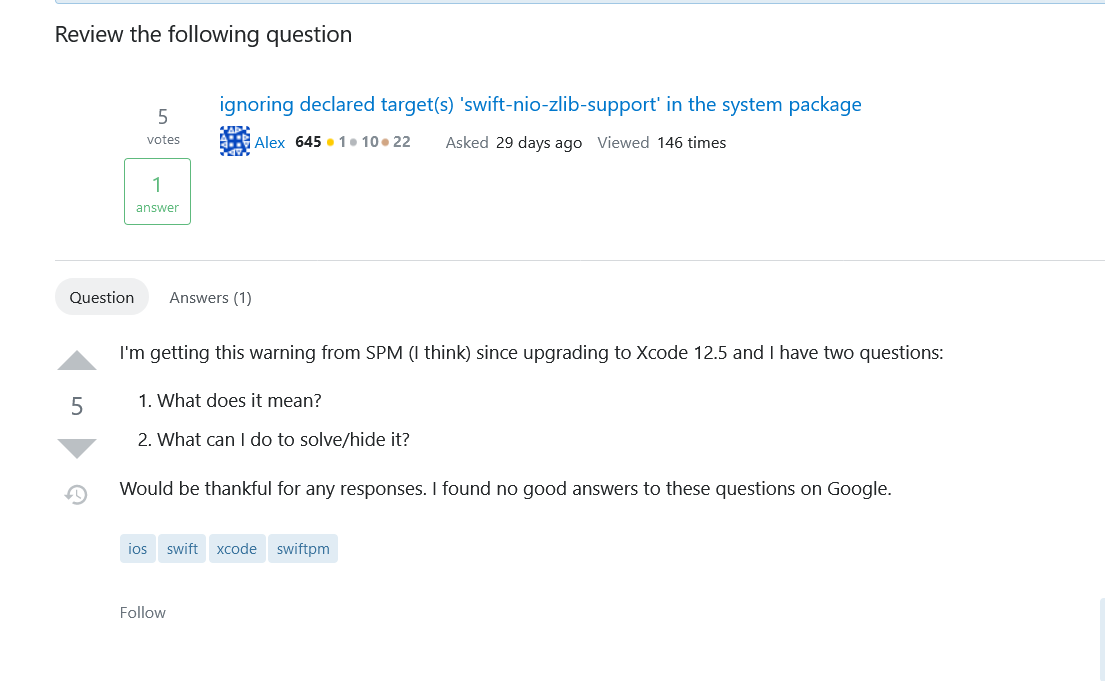 It looks to me to be about a question about a server of some kind and not coding. Maybe it isn't, but I saw no reason for it to be reopened. I chose for the question to remain closed, and obviously I failed the audit.

For me this seems like a horrendous review audit question. I don't care about the strike, but hope the question doesn't get used for someone else.

It's impossible to be familiar with every technology out there, so tags are your friends. The first line of the tag wiki for Xcode:

This tells you that Xcode is on topic as a tool primarily (if not exclusively) used by programmers. Checking the other tags will tell you what type of programming (Swift targeting iOS).

From the tags alone, it should be clear that it isn't better suited to another site. It's not asking for a library, it's not a typo question (since the code was working before the update) and it's probably not helpful to ask for code (again, because their project was working before the update and is probably too large to be helpful). All signs are pointing to the question being OK, though you may want to either skip or look at the answer to see if it was able to solve the problem with only the context given.

Not the answer you're looking for? Browse other questions tagged support review-audits disputed-review-audits .

4
Review audit: “Recommend Deletion” triggers too early
2
I've got “Review audit failed” unreasonably for selecting “Leave Closed” to a question with no changes made at all
0
I think this is a terrible “audit” question
2
Wasn't this better suited for server fault?
38
Failed review audit by choosing to close question that is already closed
14
Is the reopen audit 23084722 correct? There isn't even a question there
2
Wait, what's actually wrong with this question? (Review audit question)